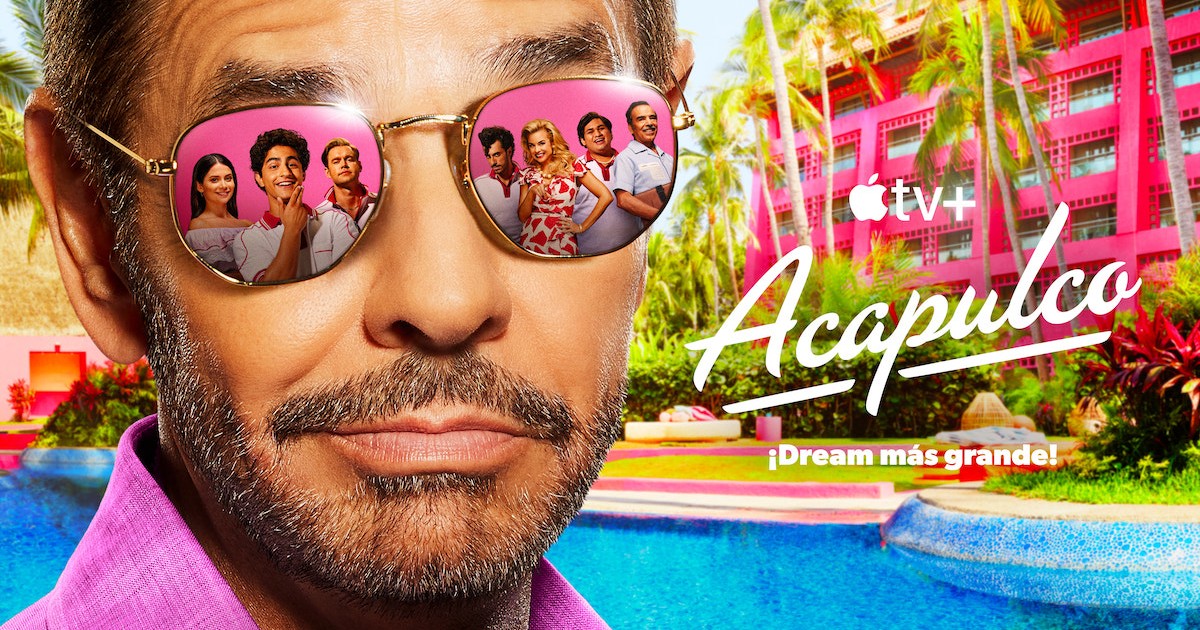 The bilingual English and Spanish-Language series currently holds a 100% perfect critic’s score on Rotten Tomatoes. The second season of Acapulco returns with ten-episodes. The first two episodes will premiere Friday, Oct. 21, 2022 on Apple TV+, followed by one new episode weekly every Friday though Dec. 16, 2022.

Season two picks up right on the heels of season one, telling the story of 20-something Máximo Gallardo, whose dream comes true when he scores the job of a lifetime as a cabana boy at the hottest resort in Acapulco, Las Colinas. In 1985, Máximo must contend with upheaval at the resort, unexpected problems at home and a new love interest who just might rival the girl of his dreams. Under Don Pablo’s guidance, he sets his eyes on one day running the entire Las Colinas operation by becoming Diane’s right-hand man. Meanwhile, in present day, older Máximo returns to Acapulco to make peace with the recent passing of Don Pablo, and he is forced to confront some unfinished business young Máximo left behind.

The series is an inspiration by 3Pas Studios and Pantaloon Films’ box office hit How to Be a Latin Lover, and is a production for Apple by Lionsgate Television, 3Pas Studios, Zihautanejo Productions and The Tannenbaum Company. The series is a creation from Austin Winsberg, Eduardo Cisneros and Jason Shuman. Chris Harris serves as showrunner.

The past week has been rather large for Apple TV+. In addition to the streaming service surprising audiences with a release date for Will Smith’s Emancipation, Apple TV+ also gave a first-look at the new series Echo 3, arriving from Academy Award-winner Mark Boal (The Hurt Locker). Additionally, Apple TV+ also confirmed some release dates for further seasons of shows, including Slow Horses, Mythic Quest, Little America and The Mosquito Coast.

Of course, season one of Acapulco is currently streaming on Apple TV+.

Does the new trailer get you excited for season two of Acapulco? What are you watching on Apple TV+ right now? Let us know in the comments.