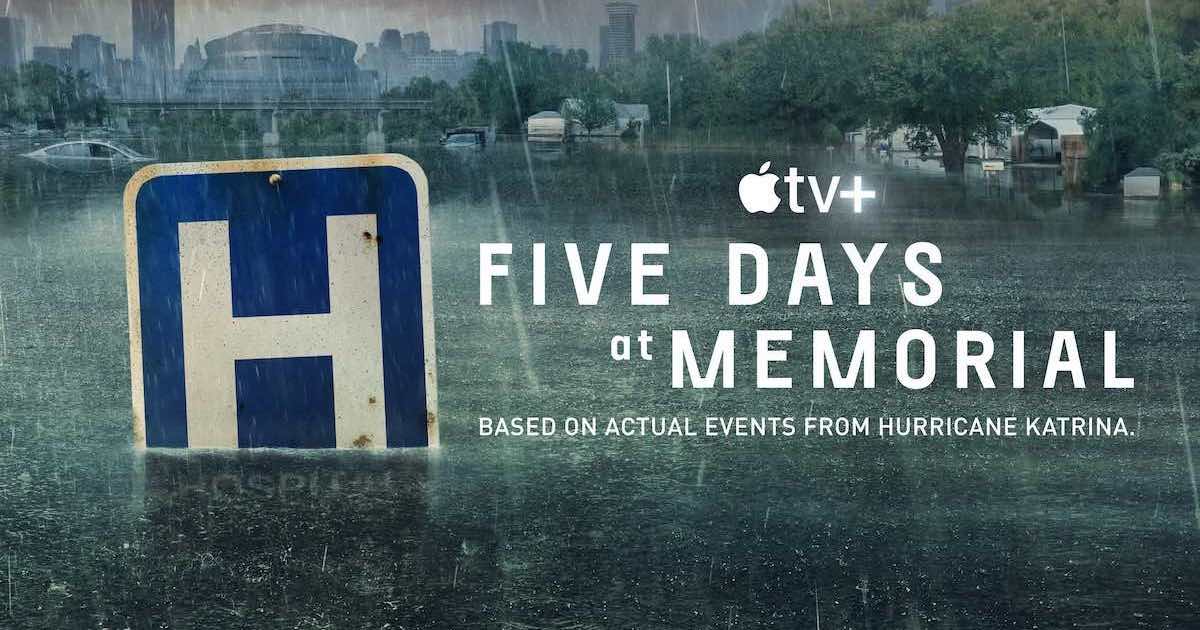 Today Apple has unveiled a new trailer for Five Days at Memorial, a new limited series that focuses on the events after Hurricane Katrina.

The series stars Vera Farmiga, Cornelius Smith Jr. and Cherry Jones. Five Days at Memorial is set to premier Friday, August 12. The series will premiere with the first three episodes, with one new episode following every Friday though September 16.

Chronicling the impact of Hurricane Katrina and the aftermath on a local hospital, the series explores, “When the floodwaters rose, power failed, and heat soared, exhausted caregivers at a New Orleans hospital were forced to make decisions that would follow them for years to come.”

Both Cuse and Ridley are acting as writers and executive producers for the series. Furthermore, the series finds Cuse, Ridley and Wendey Stanzer (For All Mankind) directing. Five Days at Memorial arrives from ABC Signature, which is a part of Disney Television Studios.

With Apple recently announcing 52 Primetime Emmy Award nominations, Five Days at Memorial is sure to only increase the company’s numbers throughout the next award season.

Concerning the Emmy’s, Ted Lasso roped in an impressive 20 nominations. This marks the second year in a row the comedy series has led in nominations in its category. Additionally, Severance managed to snag 14 nominations. Overall, this marks over a 40% increase in Emmy nominations year after year for Apple.

What are you watching on Apple TV+ right now? Anything you’re looking forward to streaming? Let us know in the comments.