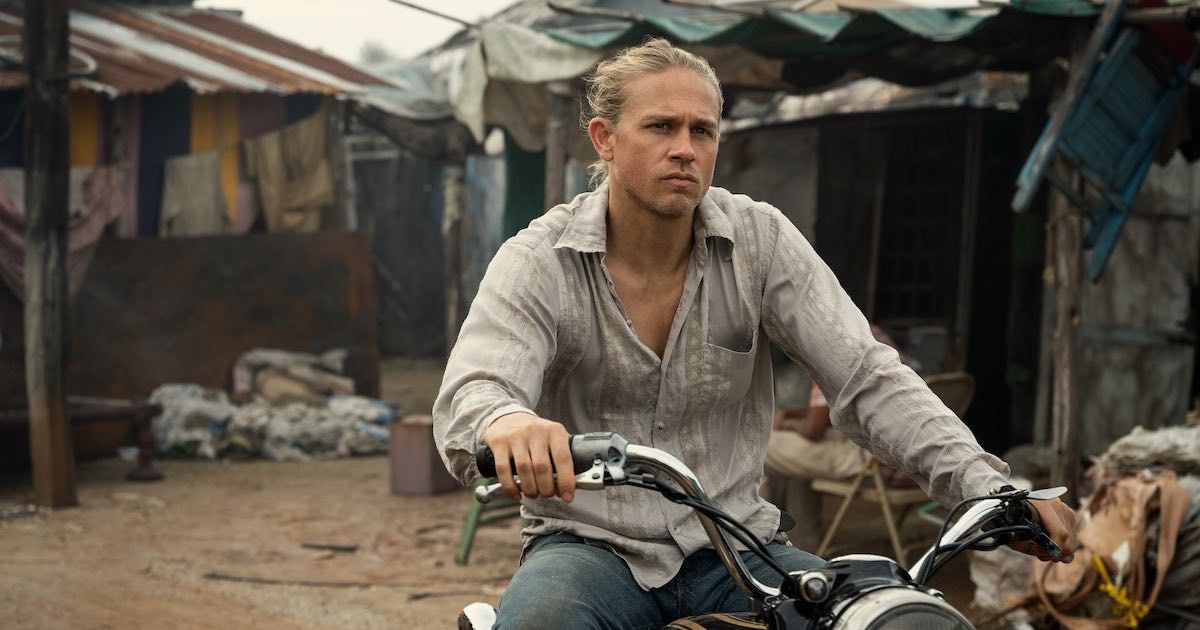 Apple TV+ has announced Shantaram, a new drama series starring Charlie Hunnam. The series is based on the titular novel by Gregory David Roberts. While the series spent considerable time in a perilous development cycle, it looks like Apple TV+ is picking up the slack.

Apple TV+ has given a first-look at the new Apple Original Series Shantaram starring Hunnam (Sons of Anarchy). The new series from Apple promises to be “a hopeful cinematic love story coupled with a thrilling epic adventure that follows one man’s journey to redemption through a country that changes his life”.

In addition to Shantaram making its global debut with the first three episodes on Friday, Oct. 14, one new episode will premiere weekly every Friday through Dec. 16, 2022. Exclusively on Apple TV+

Shantaram follows a fugitive named Lin Ford (Hunnam) looking to get lost in vibrant and chaotic 1980s Bombay. Alone in an unfamiliar city, Lin struggles to avoid the trouble he’s running from in this new place. After falling for an enigmatic and intriguing woman named Karla, Lin must choose between freedom or love and the complications that come with it.

From a Movie to a Series

What’s interesting about Shantaram is that it seems like it has been in development purgatory since at least 2018, when Apple first acquired the right to the series. According to reports, Anonymous Content and Paramount TV spent at least a month bidding for the rights. According to Roberts, who posted a video to YouTube talking about the rights to Shantaram, the series was originally meant to be a movie starring Johnny Depp.

Concerning new content arriving to Apple TV+, Shantaram is in good company. In addition to Physical getting the green light for Season 3, the new series Lessons in Chemistry starring Brie Larson also saw an announcement from the streaming service.

Are you excited for Shantaram coming to Apple TV+? What are you watching right now? Let us know in the comments.