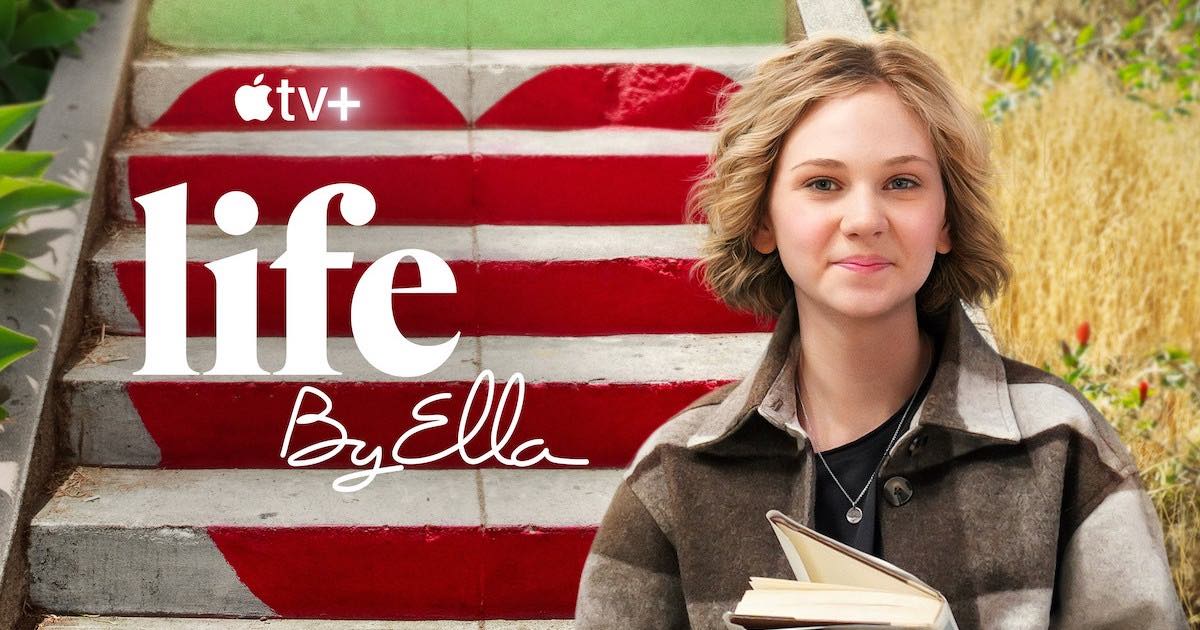 Apple TV+ has unveiled the trailer for the new series Life By Ella, a new kids and family series that is set to premiere globally Friday, Sept. 2 2022.

The series stars Lily Brooks O’Briant as Ella, a girl who returns to school after battling cancer. Despite this setback, Ella refuses to let her affliction prevent her from having a “seize the day” mentality.

Apple TV+ Seizes the Day in Trailer for ‘Life By Ella’

Life By Ella follows Ella as she returns to school with a brand new perspective, excitement for what the future holds and a major “seize the day” mentality following her stint with cancer. With her best friend by her side, she is ready to tackle everything she was too afraid of before, and determined not to let the minutiae of fake friends and social media status distract her.

The series is a creation of Jeff Hodsden (Bunk’d) who also writes and serves as executive producer alongside Tim Pollock (Bunk’d). The first episode of Life By Ella will feature Emmy Award nominee Linda Mendoza (Ugly Betty) directing. The series will star O’Briant, who many might possibly remember as playing the daughter of WWE Superstar The Big Show in the series The Big Show Show.

From the trailer, it looks like Life By Ella is taking a more serious route than say, Best Foot Forward. While the series is sure to have some lighthearted and comedic moments, Life By Ella seems like it is gearing itself toward pre-teens and early teens that may need a reminder to explore the world every once and awhile.

For Apple TV+, the streaming service is really amping up the content for families and children. In addition to Life By Ella, Apple TV+ is also delivering Surfside Girls, which is set to premier this Friday, Aug. 19. Additionally, Amber Brown premiered at the end of July, and Best Foot Forward is still doing its best to captivate a younger audience.

Are you looking forward Life By Ella? What are you watching on Apple TV+ right now? Let us know in the comments.