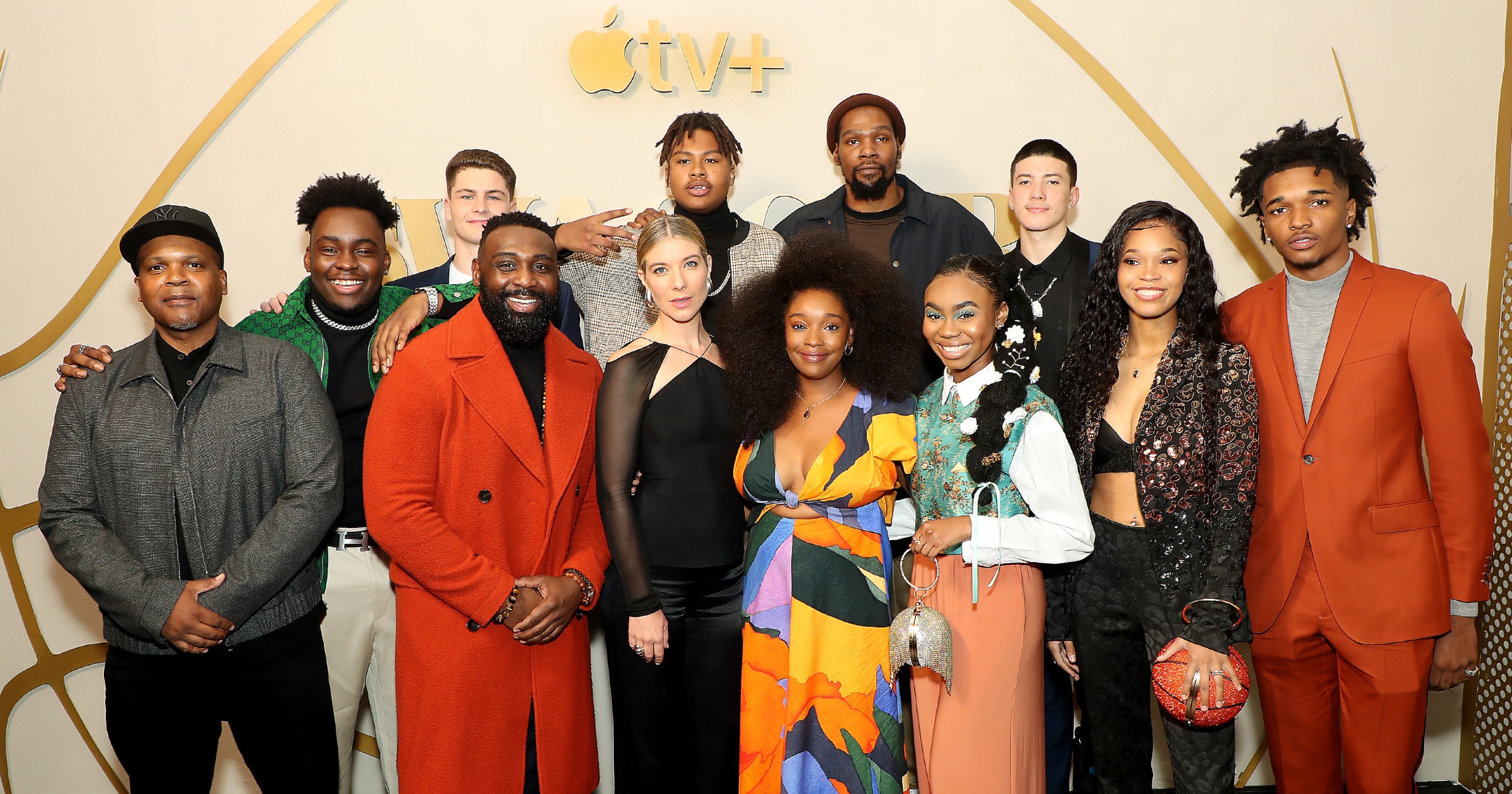 A premiere event for the soon-to-be-released Apple TV+ show Swagger took place on Tuesday at the Brooklyn Academy of Music. Those in attendance included NBA star Kevin Durant, on whose story the series is based, and showrunner Reggie Rock Bythewood. They were joined by the stars of the series.

The show will premiere on Friday, October 29. It explores what life is like off- the court for those who want to make it to the NBA and their families. The cast includes Isaiah Hill, Academy Award nominee Quvenzhané Wallis, Tristan Mack Wilds, Tessa Ferrer, James Bingham, Solomon Irama, Ozie Nzeribe, and Jason Rivera. (All pictured above along with Mr. Durant, Mr. Bythewood, and Jordan Rice.)