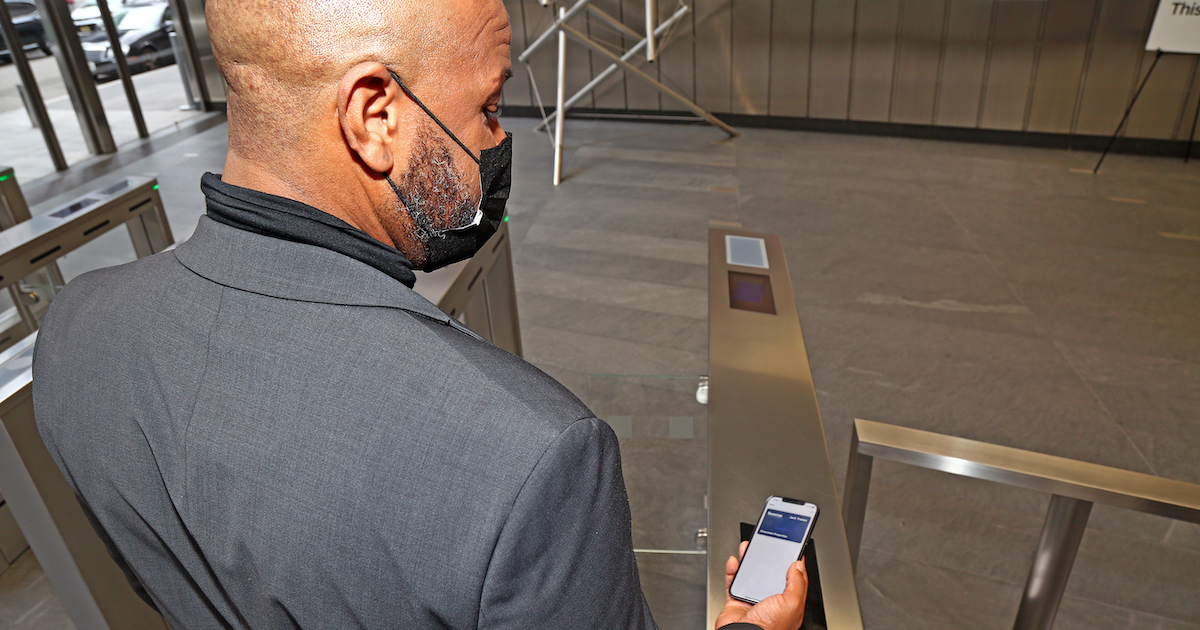 Apple’s expansion of Apple Wallet to support storing home and office keys hasn’t seen much acceptance yet. A grand total of six Hyatt hotels support the feature, and a smart lock by Schlage has recently been announced with digital key support in Apple Wallet. That’s about the extent of it. However, real estate development firm Silverstein Properties is now rolling Apple Wallet office keys out to tenants at the World Trade Center.

When the iPhone-maker first announced iOS 15, it sounded like physical keys might soon become a thing of the past. Homes, hotels, offices, and even automobiles were billed as getting digital key support in Apple Wallet.

Innovation at the World Trade Center

Maybe this latest announcement will spur further adoption of digital keys in Apple Wallet. Silverstein Properties is using the corporate employee badge support built into iOS 15 to allow tenants and customers quick and easy access to spaces within the World Trade Center.

The feature launches first at 7 World Trade Center in New York City. Next, Silverstein says it will also expand the service to its 50,000 office customers elsewhere in New York, Philadelphia, and Los Angeles over the next few months.

An interesting fact about the feature is its flexibility. The Apple Wallet integration will allow Silverstein to manage shared office spaces with ease. Management can provide access to a shared office to one customer on Mondays and Wednesdays. Then, it could lease that same space to another tenant Tuesdays, Thursdays, and Fridays.

In a time when remote work is almost the rule instead of the exception, use of shared office spaces is rising. This technology could make managing those properties much easier.