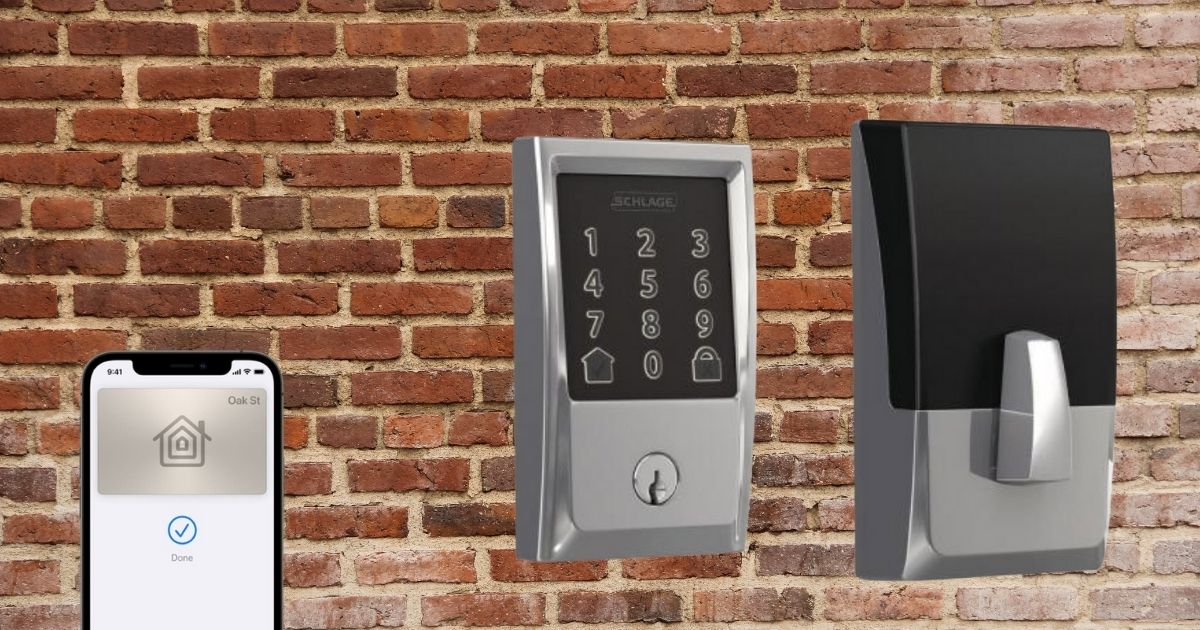 Thanks to CCC Digital Key technology, you can unlock certain automobiles using your iPhone or Apple Watch. If your iPhone is new enough to have Ultra Wideband connectivity, you don’t even have to pull out your smartphone. Thanks to a leak on a popular home improvement retail site, it looks like Schlage has a Home Key smart lock coming to your home.

A Smart Lock for Apple HomeKit and Wallet

Beginning with iOS 15, Apple Wallet can store keys for homes and hotels, along with upgraded UWB support for CarKey keys. The feature also landed on Apple Watch recently. A few hotel chains are already incorporating that into their properties, but we haven’t seen any HomeKit smart locks for residences use it yet.

With that said, an unannounced Schlage Encode Plus Home Key smart lock appeared, albeit briefly, on Home Depot’s website. It’s since been removed, but it was up long enough to provide some juicy details.

The lock supports Bluetooth and Wi-Fi, which isn’t a surprise. That’s pretty much part and parcel of any HomeKit-enabled smart lock. According to the FCC application for the smart lock, it also supports Thread via a Silicon Labs MGM12P32F1024GA radio. The lock also contains an NFC reader.

From the instruction manual HomeKit Authority was able to capture, we can also see you’ll be able to “add a home key to the Wallet app for easy and secure access to your home using your iPhone or Apple Watch.

This is the first home-use smart lock, so far, to reference both Thread and Home Key. There’s no way to predict when the new, and likely first, Home Key smart lock will be actually released. However, I have to think Schlage will announce it soon. With CES 2022 right around the corner and Home Depot accidentally spilling the beans early, I’d imagine we’ll see an announcement within a month.