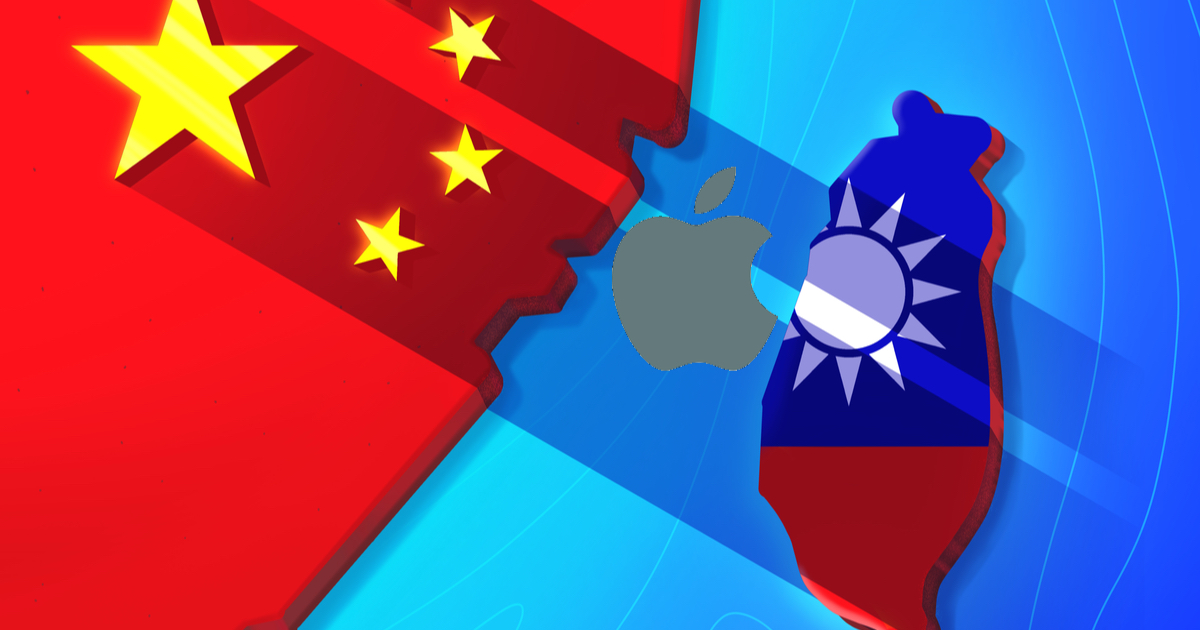 The heads of both U.S. and U.K. security services warned that China may be preparing for an aggressive takeover of Taiwan. This could greatly disrupt Apple’s business and its disaster scenario might possibly come true.

BBC reported that both Ken MacCallum, MI5 head, and FBI Director Christoper Wray issued an unprecedented warning that China has been taking steps to prepare for a possible invasion of Taiwan. At the same time, the security heads said that China has deployed espionage campaigns. Through cyber espionage, China apparently aimed to steal Western technology companies’ intellectual property, the Wall Street Journal reported.

According to BBC’s report, the FBI’s Wray warned that if China was to forcibly take Taiwan it would “represent one of the most horrific business disruptions the world has ever seen.”

All that being said, how might this affect Apple’s business?

First, let’s look at the possible scenario should China launch aggressive invasive actions to take over Taiwan. Should this happen, the U.S. and other allied countries will most likely employ the same sanctions imposed on Russia when it invaded Ukraine. Most companies would probably halt all their operations in both China and Taiwan. And this includes Apple.

Unfortunately for Apple, the company is highly dependent on Taiwan when it comes to sourcing components for most of its products. The Taiwan Semiconductor Manufacturing Co. (TSMC) fabricates its A-series, S-series, and M-series chips. The production of these chips is located in Taiwan. So the last thing that Apple would hope for is an armed conflict between China and Taiwan. This would not only affect the manufacturing industry in the country but also compel Apple to halt production.

Similarly, if global sanctions were imposed against China, this could force Apple to stop doing business with Chinese companies. Unfortunately again, China assembles and manufactures a great volume of Apple products.

The Odds Are Against Apple

Wray and McCallum both said that the China takeover of Taiwan has a great likelihood. In fact, China has been preparing for the economic impacts of potential sanctions. Wray said, “We’ve seen China looking for ways to insulate their economy against potential sanctions, trying to cushion themselves from harm if they do anything to draw the ire of the international community.”

“In our world, we call that kind of behavior a clue,’ he added.

With that said, maybe it’s time for Apple to look for alternative companies in other countries that could replicate what both China and Taiwan manufacturing firms can provide the company.