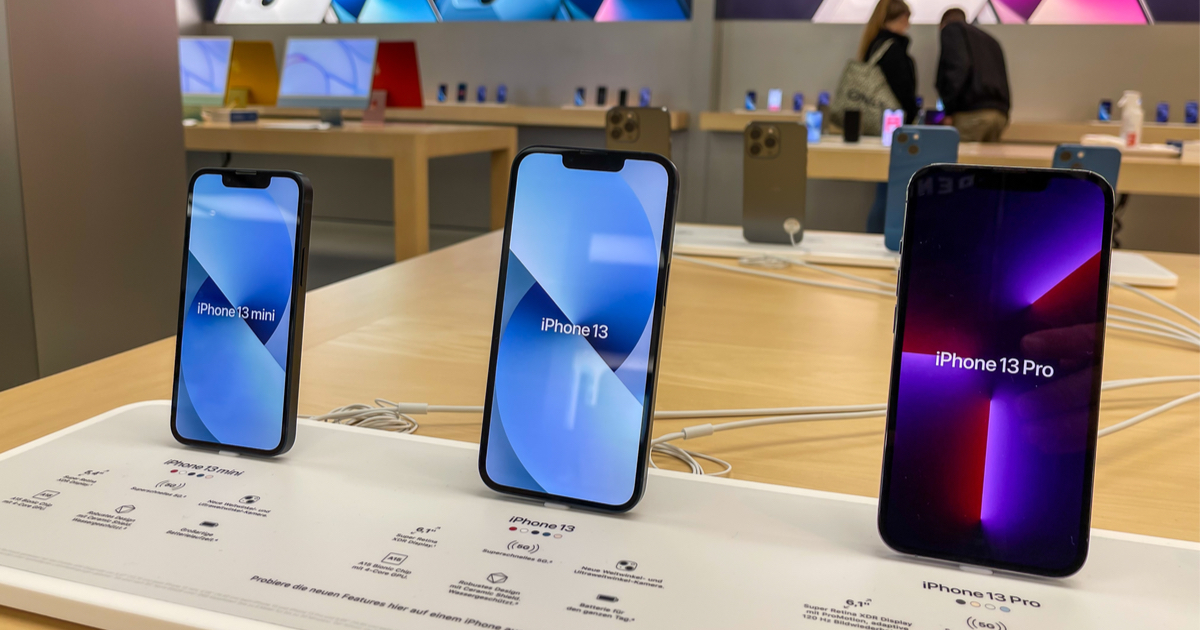 A new report revealed that Apple’s iPhone 13 models sold well in the March 2022 quarter. All iPhone 13 variants except the mini enjoyed the best results in the total U.S. smartphone sales.

According to the latest data from Consumer Intelligence Research Partner (CIRP), all four models of the iPhone 13 got the largest share of all U.S. smartphone sales in 1Q22. The results indicated Apple enjoying the largest U.S. share in several years.

“The new iPhone 13 models enjoyed some of the largest shares we’ve seen in many quarters,” said Josh Lowitz, CIRP Partner, and Co-Founder. “The four models, including 13, 13 Pro, 13 Pro Max, and 13 mini, accounted for almost three-quarters of sales in the March quarter. Last year at this time the then-new iPhone 12 models had 61% of sales.”

The iPhone 13 mini Is Not Doing Well, Users Keep iPhones for Shorter Time

The report noted that the iPhone 13 mini accounted for only 3% of total U.S. sales. Obviously, it did not share the same enthusiasm from consumers as the other iPhone 13 models.

There are various reasons for that. The report noted that the options for trading-in high value used phones have greatly improved. This means users now have better trade-in options that they can avail themselves of without breaking the bank. More users are keeping old iPhones for a shorter time. In 1Q22, only 20% of users kept their iPhones for three years or longer. This was likely thanks to easily accessible trade-in options.

It would be interesting to note how this data might be affected by the release of the iPhone SE 3 or the succeeding quarters in 2022. Reports said that the iPhone SE 3 demand did not meet Apple’s expectations. If it will suffer the same fate as the iPhone 13 mini, this will vindicate Apple if it opts to eliminate the mini model from its lineup in fall 2022.