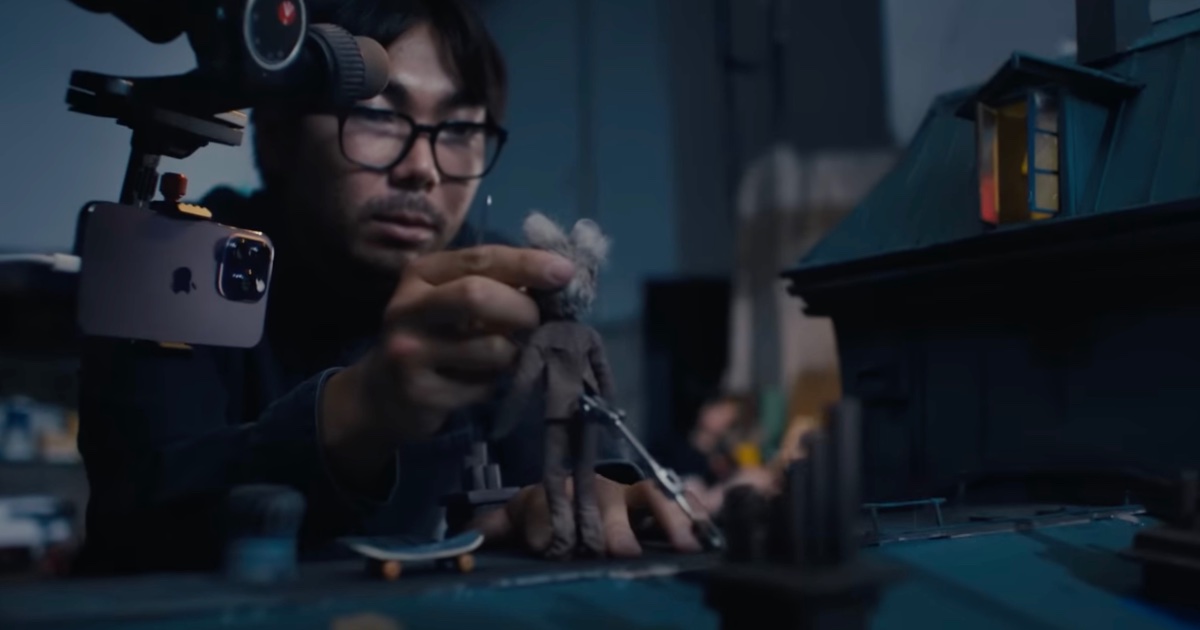 The one minute and nine second video explores a filmmaker using the new iPhone 14 Pro to shoot a series of action sequences. This includes a chicken running through crowded streets, a dispute in a restaurant, a person dancing, stop motion animation, a car chase, a man jumping from a helicopter and more. At the end, the tagline reads, “Our most Pro camera ever”.

Within the new iPhone 14 Pro series, Apple did make a number of improvements to the 48-megapixel Main camera. The new camera also allows for full resolution ProRAW footage. Additionally, Action Mode is capable of capturing 2.8K video with gimbal-like stabilization, and Cinematic Mode now works in 4K at 24 frames per second.

For those that like filming videos, there are numerous videos on YouTube proudly claiming to be shot on iPhone (even if some are memes). Back in July, the legendary filmmaker Steven Spielberg made his music video directorial debut using an iPhone 13 Pro. The video being for the song “Cannibal” by Marcus Mumford, the music video is also notable for filming in one take.

Of course, there’s also the music for Lil Yachty’s “Yae Energy”, which also used an iPhone to film the video.

Additionally, concerning the iPhone 14 Pro camera, certain users were having issues with the Main camera shaking and rattling while using third-party applications. However, this issue has now been resolved in an iOS 16.0.2 update. Additionally, the iOS 16.0.2 update also addressed issues concerning the Copy and Paste feature asking for permission more often than many people would like.

The new iPhone 14 Pro and Pro Max are currently available, and prices start at $999. Users can purchase either device directly from Apple’s website.

What are some of your favorite videos and films shot on iPhone? Let us know in the comments.