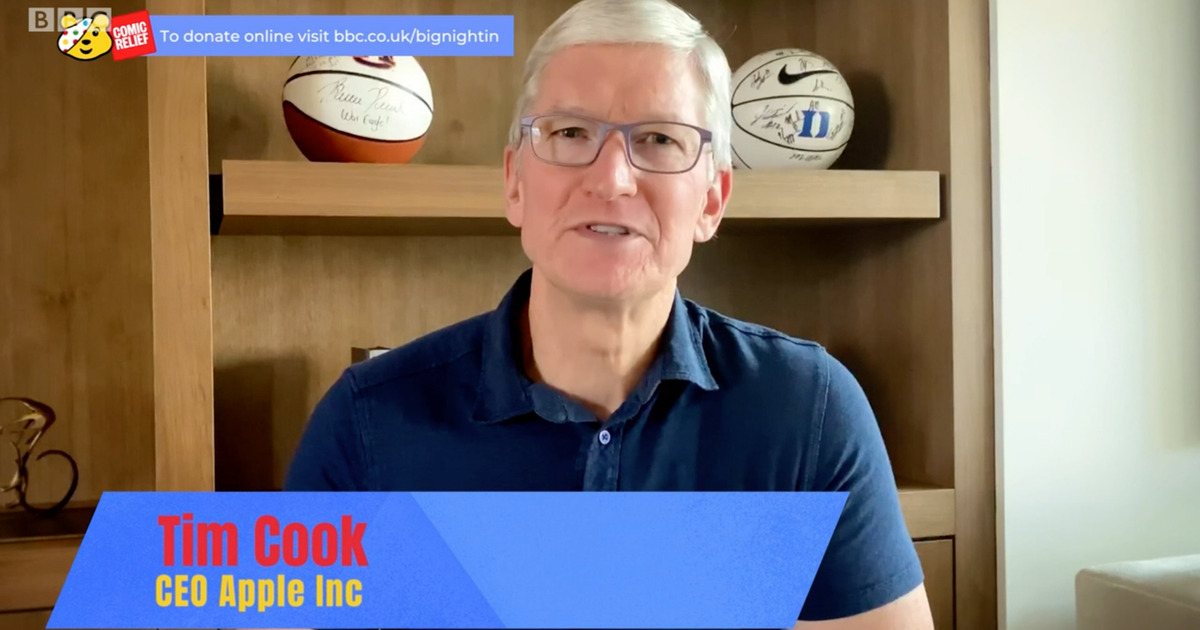 LONDON – Tim Cook appeared on the BBC’s Big Night In telethon on Thursday to announce that “Apple is waiving all royalties” on charity single Times Like These, meaning all the money goes to charity. He also said that the company is making a “significant donation” to the fundraising effort.

Apple is “helping customers across the UK join in by contributing to their devices,” Mr. Cook added. There is currently a Big Night In story at the top of the ‘Apps’ tab of the iOS App Store. It links to the BBC Player, where you can watch the show back.

The updated version of the Foo Fighters classic features a number of stars. It was recorded live on BBC Radio 1 and the video shown during The Big Night In.  As well as the option to single via iTunes,  there is a donate button.


Speaking on the Big Night In which was put together by two BBC charities – Children in Need and Comic Relief – Mr. Cook said:

We’re deeply inspired by not only by the strength and good humor of the British people, but also your empathy for one another and the neighbors beyond your sure. From our Apple family to yours, thank you for your generosity and courage.