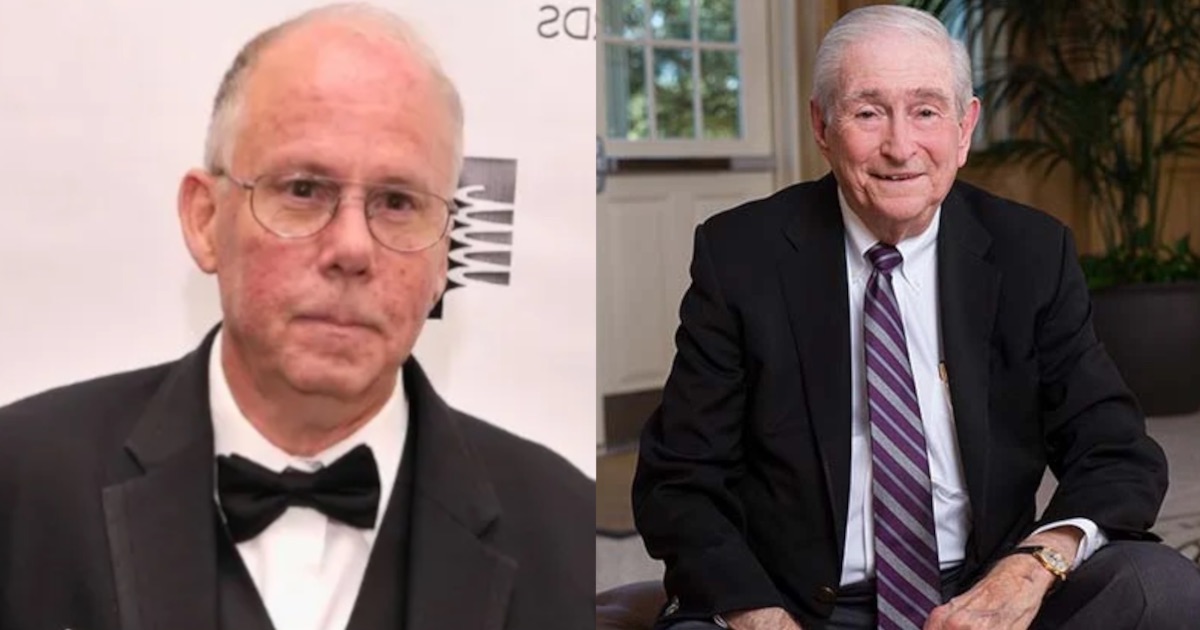 This week the tech world lost two huge visionaries in the industry. John Roach, who helped pioneer the personal computer, and Stephen Wilhite, inventor of the animated GIF, have both passed away.

Born John Vinson Roach II in November of 1938, his family was in the meat market industry until World War II rationing forced the store to close. After graduating with a business degree from Texas Christian University in 1961, Roach worked for two years at a naval base in Hawaii, before return to university and obtaining his masters in business administration.

Roach was hired by the Tandy Corporation in 1967. Originally founded as a leather goods company, many would know it  by its future branding, RadioShack. Roach was essential in moving the company toward the computer market.

During this time, computers were not sold how they are today. Meant more for hobbyists, computers were sold disassembled, leaving it up to the user to put the computer together. However, it was Roach who correctly assumed customers would want a device that did not need assembly.

Roach’s team thus developed the TRS-80. An abbreviation of Tandy Radio Shack, the original prototype was a hodge-podge consisting of an RCA monitor, a keyboard and a video cassette monitor. Featuring a whopping 4KB of DRAM and Zlog Z80 1.774 MHz CPU, the computer would eventually go on to sell over 2.4 million units across all models. An original TRS-80 now sits in the Smithsonian.

Without John Roach, it may be possible you would be assembling your own MacBook by hand.

Roach became RadioShack’s Executive Vice President in 1978, after the death of Mr. Tandy. By 1980, Roach would become the chief operating officer. In the 1990’s, Roach returned to to Texas Christian University Center, where he became chairman. He helped the University double its endowment to more than $1 billion, built a technology center and was active in Fort Worth’s civil and cultural life. The university named several colleges in his honor.

The cause of Roach’s death is unknown; he was 83. His wife, Jean Roach, made the announcement.

Steve Wilhite, inventor of the GIF, passed away from COVID complications at the age of 74. Wilhite surrounded himself with family during his passing.

While working at CompuServe, Wilhite introduced the world to graphic interchange format (GIF) on June 15, 1987. The image file type came at a time when Internet technology forced lower file sizes due to slow speeds. The format not only allowed for smooth animation with 256 colors, the lossless data compression allowed the image format to become a mainstay on the internet.

One of the most important file types on the internet, the animated gif helped shape the internet as we know it today. At the same time, one of the most famous things to note about the format would be the controversy around its pronunciation. For years, it has been debated whether or not ‘gif’ is pronounced with a hard or soft ‘g.’ In a rare interview with The New York Times, Wilhite stated, “The Oxford English Dictionary accepts both pronunciations. They are wrong. It is a soft ‘G,’ pronounced ‘jif.’ End of story.” In 2013, Wilhite received a Webby Award for his contributions to the internet. He made sure to cheekily double down on the pronunciation of gif during his acceptance speech.

After developing the gif, Wilhite continued to work for CompuServe, and former colleagues stated that he made several important contributions.

Wilhite contracted COVID-19 on March 1. Reports say that the virus came on suddenly, and he immediately began experiencing symptoms. Leaving his home in Milford, Ohio, he entered intensive care. He passed away shortly after his admission to the hospital.

It cannot be stressed enough the impact these two men had on the computing industry. Roach reinvented the computer in a way that has not been replicated since. The impact Wilhite has had on the internet will no doubt preserve his legacy.

As you browse the web today, take time to reflect on those who helped pave the way.