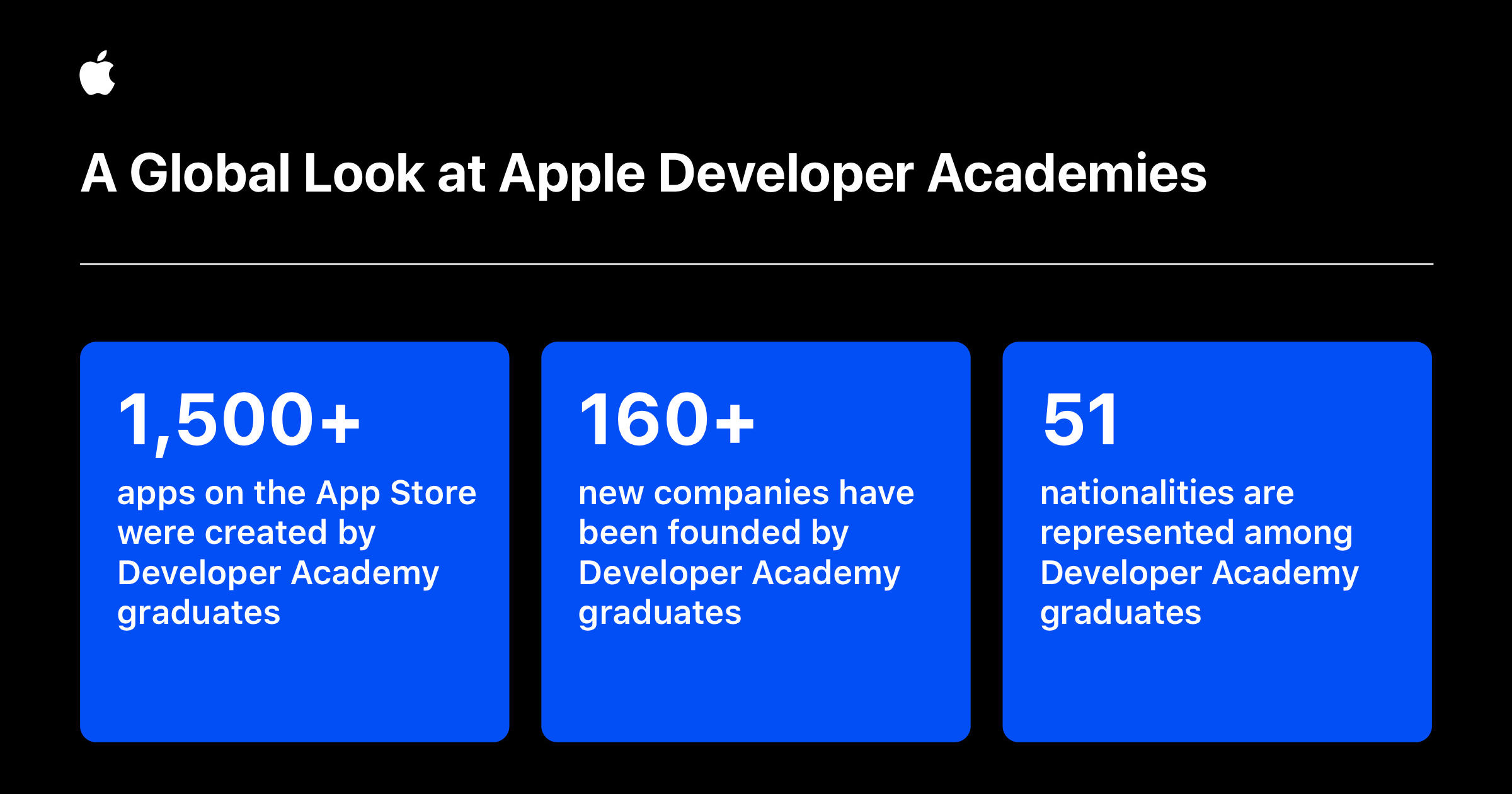 Apple has expanded its Developer Academy program further, it announced Wednesday. Two new academies in Korea and Detroit, Michigan are on the way, with the applications for the Detroit site opening this week.

The Detroit Apple Developer Academy, the first one in the U.S., is scheduled to open in October. It is part of Apple’s Racial Equity and Justice Initiative. All Michigan residents aged 18 or over can apply, regardless of experience, via an online form.

Two distinct training programs are offered through the Apple Developer Academy. Firstly, there are 30-day foundation courses. These cover specific topic areas, including an introductory course for those considering a career in app development. There is also a more intensive program that lasts 10-to-12 months. It teaches coding and professional skills in greater depth. As the image above shows, Apple said that, in total, 1,500 App Stores apps and over 160 companies have been created and founded by program graduates. There are fifty-one nationalities represented amongst all the graduates.