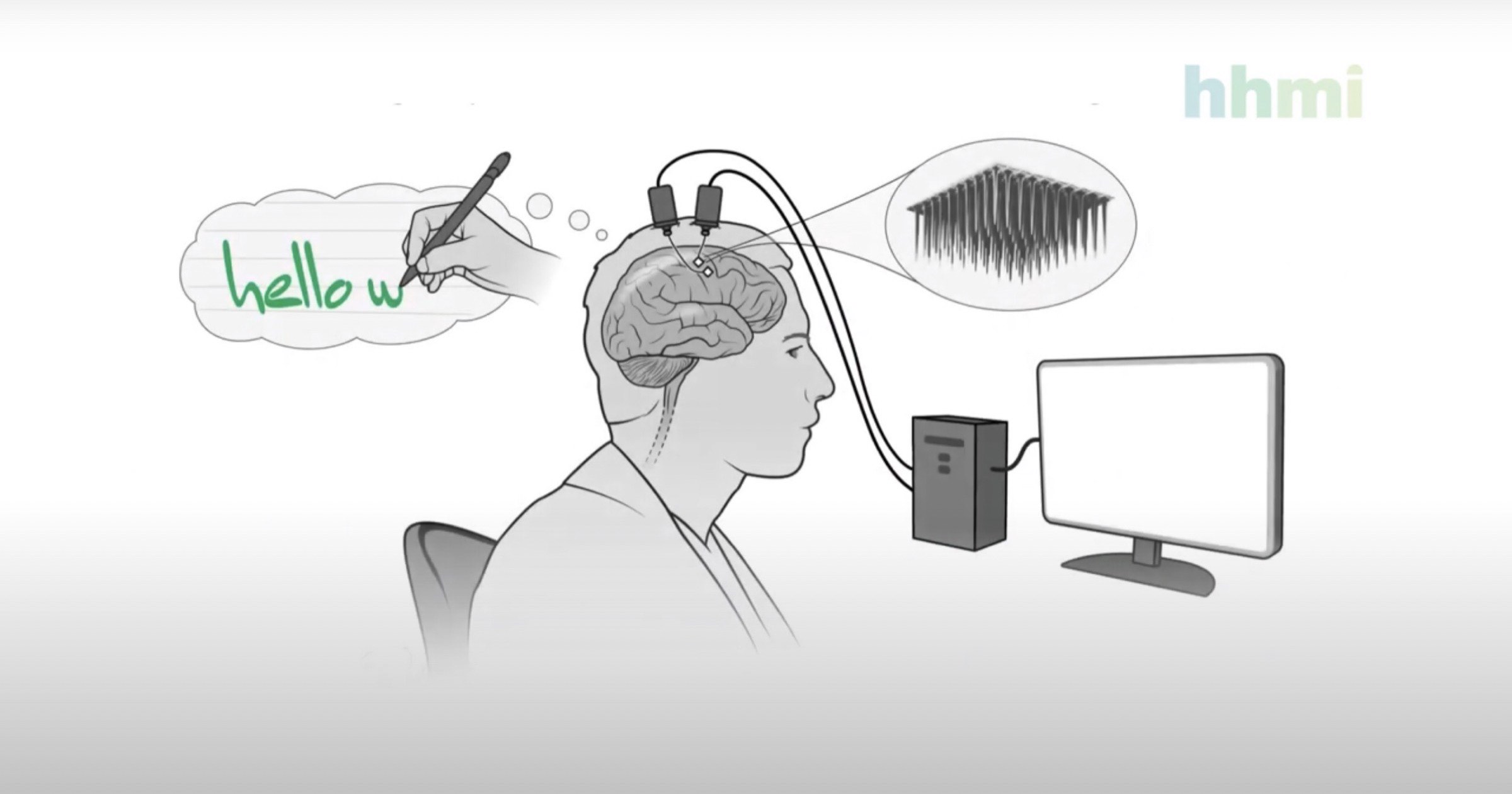 Recently, researchers helped a paralyzed person to write just by imagining that we was writing, by using a neural implant (via ArsTechnica).

In the past, brain implants could be used to help a person type words using a virtual keyboard and a cursor controlled with the mind. This new method skips that step by tracking the intention of writing.


Two implants were inserted into the patient’s premotor cortex, and area of the brain thought to form intentions for body movement. By having the patient imagine writing words on a page, about 200 electrodes captured the brain activity associated with this movement and used a neural network to “estimate the probability of a signal corresponding to each letter.”

The patients was able to write approximately 90 characters per minute with an error rate of around 5%. The researchers say this is “not yet a complete, clinically viable system” yet and the implants had to be regularly recalibrated.