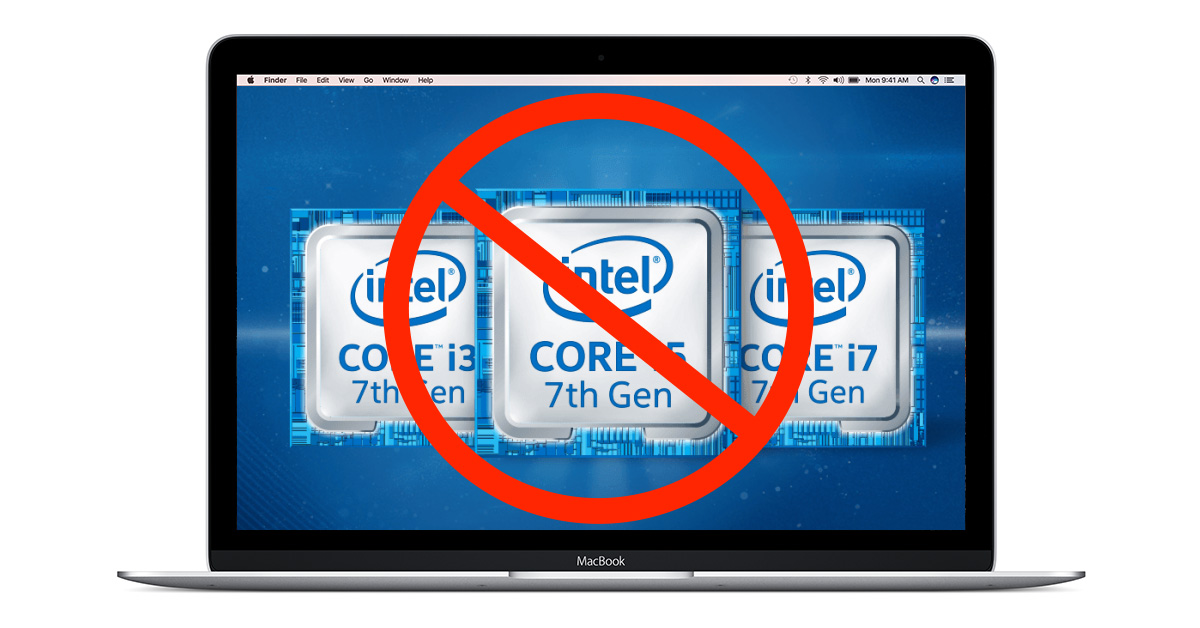 Intel loves its code names, and considering how many processors the company makes, there are plenty to remember. Only a handful matter to Mac users, and for many the performance differences between a 2011 and 2015 MacBook Pro aren’t that significant.

Haswell, Skylake, Kaby Lake, and Cannonlake are all code names for Intel chipsets used in desktop and laptop computers. Haswell was introduced in 2013, Skylake followed in 2015, and Kaby Lake just started shipping to device makers.

Haswell used a 22nm process, while Skylake and Kaby Lake use a 14nm process, meaning the transistors packed on the chip are smaller. Skylake is an architectural change from Haswell because of its smaller process, and Kaby Lake is an iterative improvement over Skylake with reduced power consumption, better high resolution video, and built-in support for USB 3.1.

Where Kaby Lake is a minor refinement of Sky Lake, Cannonlake marks the next significant chipset change because it’ll use a 10nm process. Cannonlake isn’t shipping until 2017, which means it won’t show up in the MacBook Pro until 2018.

Apple first started using the Haswell chipsets in 2013 and for many Macs hasn’t moved on. Some dual-core Macs, however, are using Broadwell chips which are Haswell chips made with a 14nm process instead of 22nm.

So far, Skylake chipsets are used in the iMac and also the MacBook. We won’t see them show up in the painfully out of date Mac Pro because Intel’s Xeon chips are more appropriate there.

Skylake chipsets haven’t found their way into the MacBook Pro yet even though they’ve been shipping for about a year and have been used in the iMac for almost that long. They’re working well in the uber-thin MacBook, but considering they’re already a year old and Kaby Lake chipsets are making their way to manufacturers, it seems logical on the surface for Apple to jump from Haswell to the latest and greatest when it refreshes the MacBook Pro—but that isn’t how Apple rolls.

No Kaby Lake for You

The next MacBook Pro refresh will include Skylake chipsets and Kaby Lake won’t show up in Apple’s pro laptop line until some time in 2017, if at all. Kaby Lake won’t ship in the quantities Apple needs until next year, and doesn’t offer a significant enough improvement over Skylake to warrant waiting several more months before giving us new laptops.

Skylake will give the MacBook Pro CPU upwards of a 20% performance improvement, and around a 40% improvement for the integrated graphics processor. Battery life could be upwards of 30% better, too. Skylake also supports USB-C and Thunderbolt 3, both of which are expected on the new laptop.

Apple could wait for Kaby Lake to ship in the volume it needs, but everything it wants in the chipset is already available in Skylake—and Apple can get the quantities it needs right now. Couple that with the last processor upgrade for the MacBook Pro from Ivy Bridge to Haswell in 2013, and it’s time for a big refresh.

Based on the leaks so far, the new MacBook Pro will ship this fall with new processors, Thunderbolt 3, USB-C, and a touch sensitive OLED display in place of the row of function keys at the top of the built-in keyboard. The OLED display will serve as a dynamic key row showing app-specific functions.

The upside is that we’ll see a MacBook Pro refresh soon instead of several months into 2017. The downside is that Apple will be criticized for using year-old processors in new Macs even though the differences between Skylake and Kaby Lake aren’t that significant.

Apple could skip Kaby Lake chipsets all together considering how similar they are to Skylake. If so, that’ll give us around 18 months from this fall’s refresh before we see another big change, and instead of Kaby Lake it’ll be Cannonlake.