It’s now easier for app developers to have their app ranked number 1 in the App Store. The number of downloads required to achieve this has dropped (via TechCrunch). 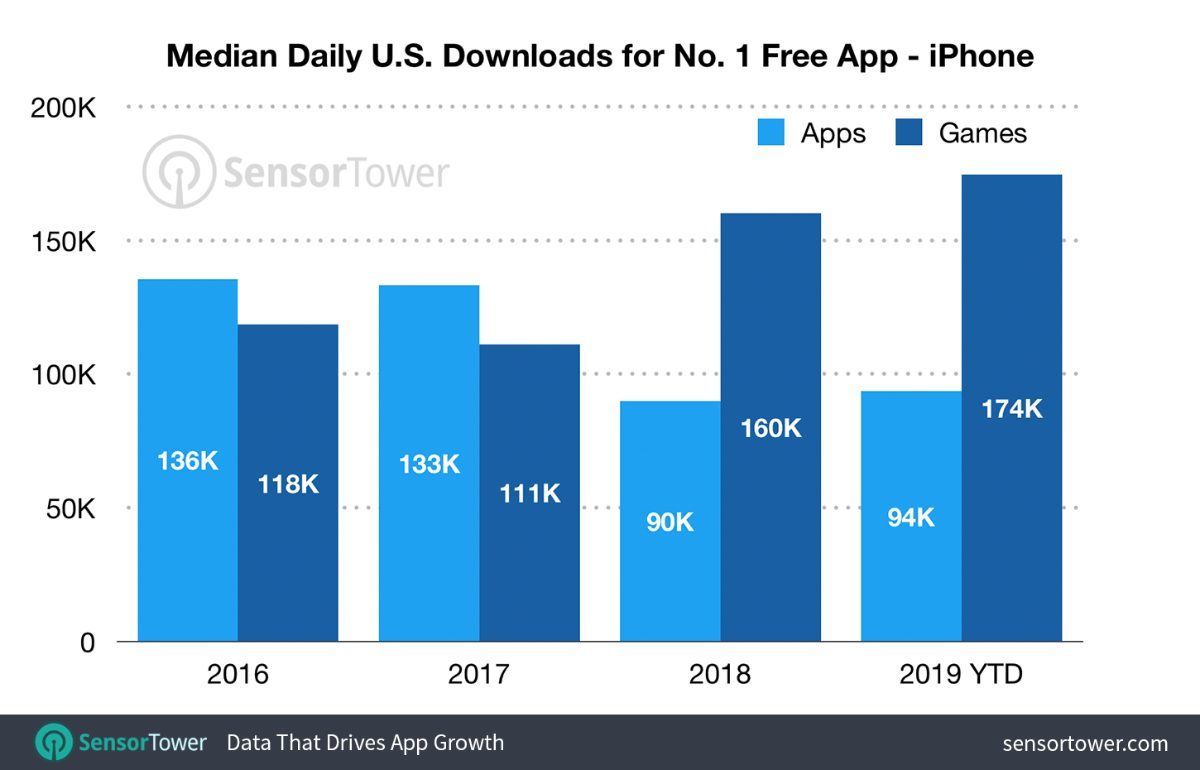 In terms of breaking into the top 10 by category, Photo & Video apps on the App Store present the most challenge. The category where YouTube, Instagram, TikTok and Snapchat reside saw a median daily amount of more than 16,000 downloads for the No. 10 app.