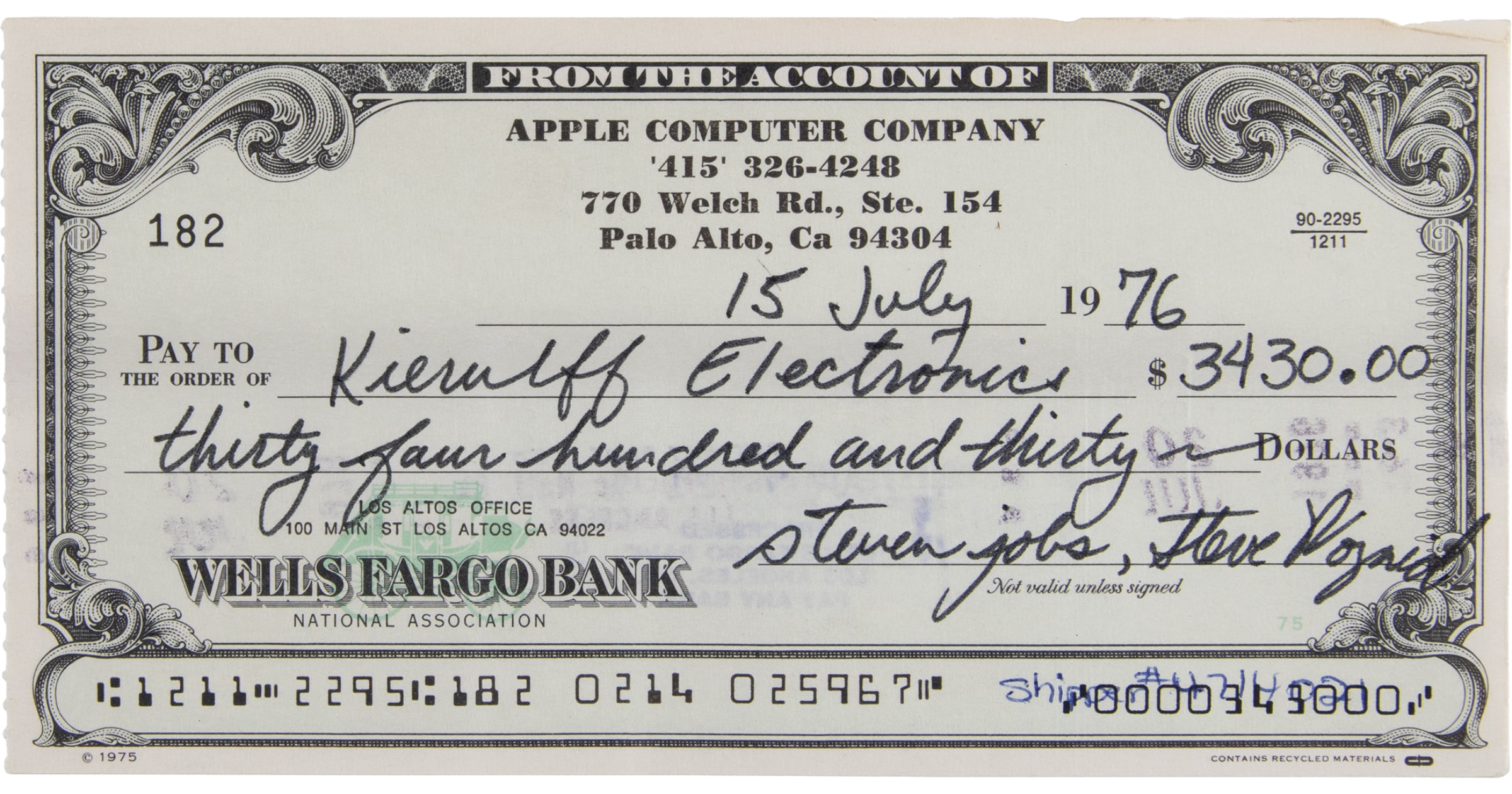 This small, specially curated selection traces the history of personal computers through documents and objects—and, specifically, the advent of Steve Jobs and Apple as chief popularizers of such products.

As a document signed by Apple’s famed co-founders in the year of the company’s origin, and directly connected with the production of the Apple-1 Computer, this is an unparalleled, museum-quality piece.

Offered here are prototypes and early examples of some of the most innovative technologies ever conceived, including computer mouses developed by Doug Engelbart, Pong prototypes from the collection of its creator Allan Alcorn, and a sealed first-generation iPod.

A standout lot from the sale is an incredibly rare and historic 1976 Apple Computer check signed by Steve Jobs and Steve Wozniak. The check is filled out and signed by Apple co-founders is payable to Kierulff Electronics for US$3,430, July 15, 1976. Headed “Apple Computer Company,” the check uses Apple’s first official address in Palo Alto, the location of an answering service and mail drop that they used while still operating out of the famous Jobs family garage.

Among additional autographic highlights that chronicle the life of Steve Jobs: