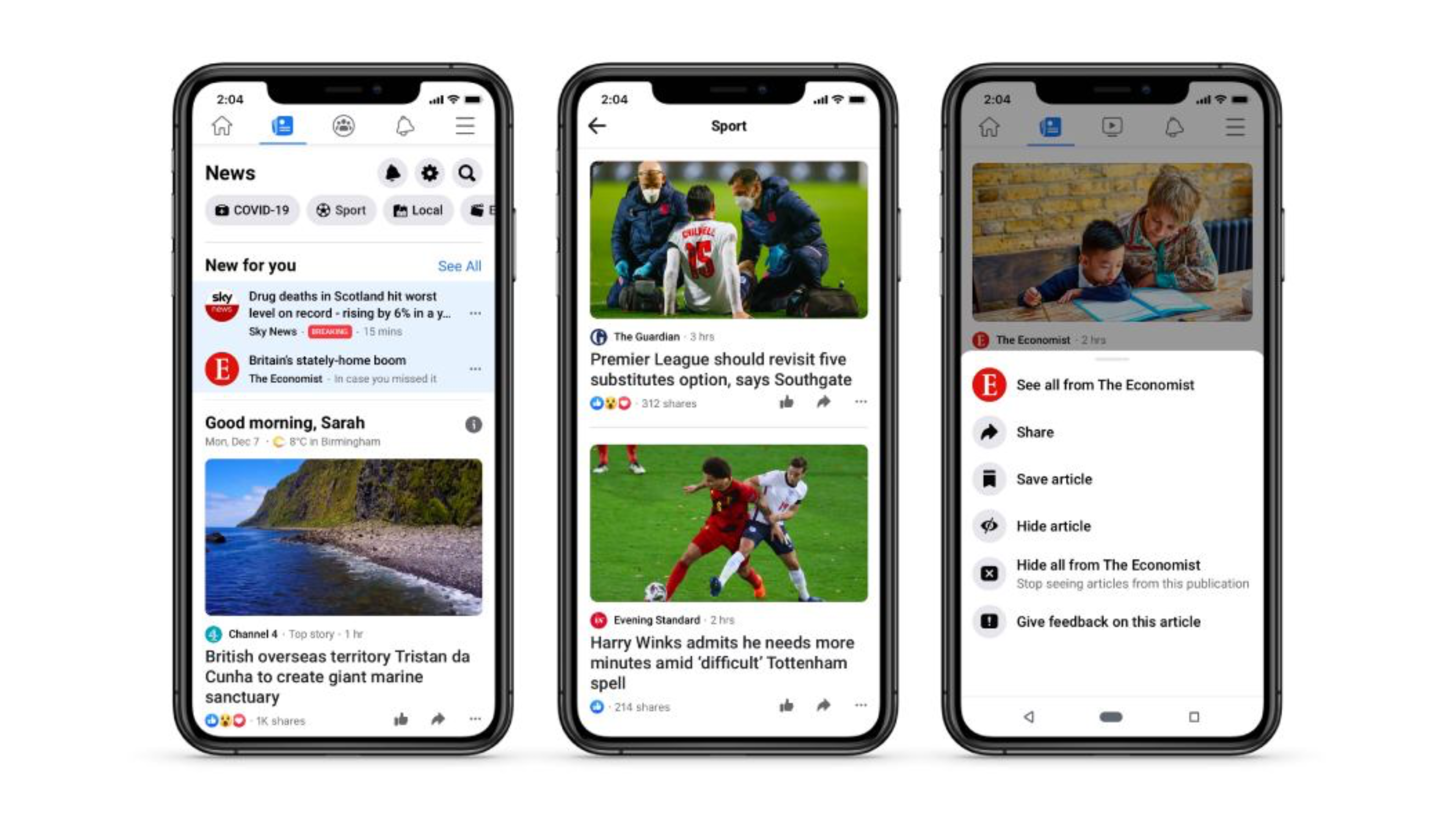 LONDON – Facebook’s News tabs started appearing for users in the UK on Tuesday. It will bring together content from a variety of outlets including The Telegraph Media Group, The Guardian, Financial Times, Daily Mail Group, Sky News, Channel 4 News, The Economist, The Mirror, and The Independent.  Hundreds of local news sites will also be included, as will lifestyle brands such as  GQ, Cosmopolitan, Glamour, and Vogue.

During major news cycles, Facebook News will provide timely news digests, highlighting original and authoritative reporting. It will also give you more control over the stories you see in the app, and the ability to explore news on a wide range of topics. News articles shared by your family, friends or pages you follow will continue to appear in your main feed as normal.

Facebook “is neither a publisher – at least not in the traditional sense – nor is it a utility,” he insisted. Furthermore, Sir Nick explained that while there is “no editor dictating the front page headline millions will read… Facebook is not passive either.” He cited the recent suspension of former President Donald Trump’s account as an example of this.

In some ways, Facebook News resembles Apple’s news offering. There is a section of stories chosen by a team of journalists updated throughout the day, some personalization based on the news users read, share and follow, a news section for deep dives, and the ability to control which article you see, including hiding topics or publishers you don’t want in your feed. However, there is currently no paid for, premium, subscription offering akin to Apple News+. Facebook News will launch in France and Germany later this year.