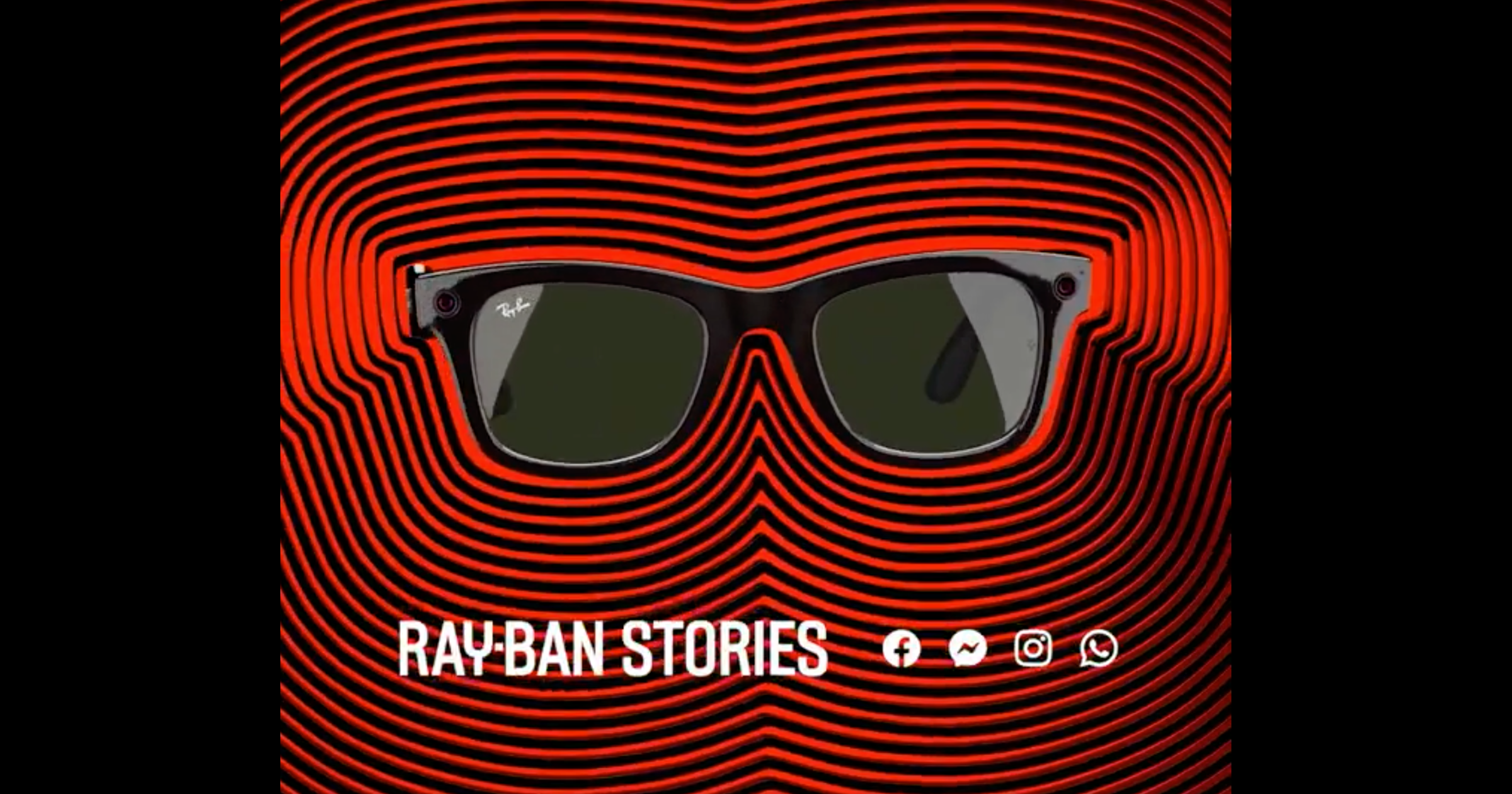 Facebook and Ray-Ban have announced a collaboration – smart glasses that allow you to capture video and images. As you might imagine, there is quite a high level of ‘ick’ being reached in response.

Camera, Mics, And a New App

First things first – the smart glasses are called Ray-Ban Stories (nobody, it seems, wanted Facebook’s name on the label…) and they contain a 5MP camera. This lets the user take still photos or record up to 30 seconds of video via either a capture button or hands-free. There’s a three-microphone audio array and, according to Facebook’s newsroom:

Beamforming technology and a background noise suppression algorithm provide for an enhanced calling experience like you’d expect from dedicated headphones.

Video and photo taken by the Ray-Ban Stories don’t go straight to Facebook or Instagram. Instead, they go to a new app called View, which is available on iOS and Android. Editing and uploading is done there.

The are though, obviously, some big privacy issues to address. Most notably, it’s very easy with these glasses to record someone without them knowing. The main safety feature for this is a little LED that comes on. However, one Buzzfeed News journalist found that it was pretty simple to cover that up with a small piece of masking tape (although this is apparently against the Terms of Service).

Crucially, these are from Ray-Ban and look like normal Wayfarers. It’s not like the Snapchat or Google offerings which were pretty obviously not normal glasses.

We await the details of Apple’s AR/VR offering, but it’s not hard to imagine that privacy, particularly relative to the kind of products, is going to feature pretty heavily in the pitch to consumers.

Any reasonably sentient being with even the tiniest moral compass can see the issues that will arise with something like this. Now add in the Facebook Factor….

I am not freaking out, but there is no freaking way that I would trust Facebook with these.

Come on, Charlotte!! Who’s freaking out over this?