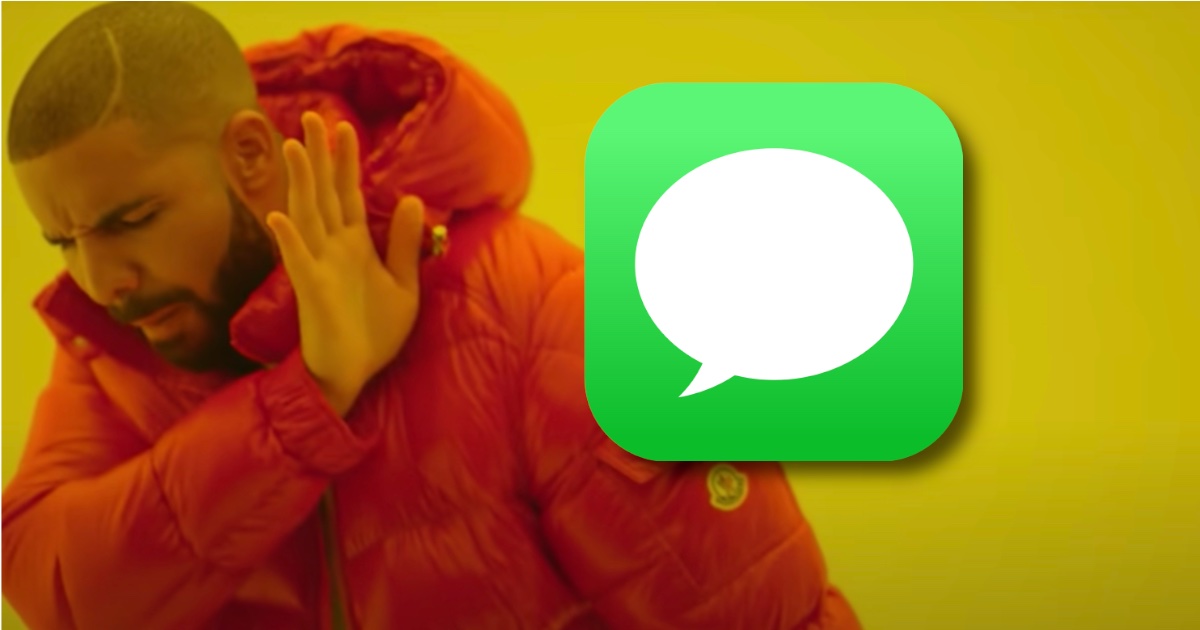 For awhile now, Google has been pressuring Apple publicly to goad the company into adopting GSMA’s RCS messaging protocol for iMessage. So far, this campaign has seen everything from jabs during Google’s I/O 2022, to Twitter threads from the head of Android. Now, this feud is now seeing hip-hop artist Drake entering the mix.

The new Drake album, Honestly, Nevermind saw release on Friday. The third track on the album, “Texts Go Green”, is a reference to being blocked through iMessage and having your texts appear as green SMS bubbles.

Now, Google’s marketing team is using the song as a means to highlight the generalized green vs. blue argument concerning the way Android and iOS users communicate.

In a tweet, the official Android account made a 38 second video looping the beginning of “Texts Go Green”. Narration is provided by Google’s text-to-speech, and the video solely uses white text on a black background.

The video showcases just how much Google wants iPhone to begin supporting Rich Communication Services (RCS). Furthermore, Google specifically says it is a “problem only Apple can fix”.

The Android team thinks Drake’s new song “Texts Go Green” is a real banger. It refers to the phenomenon when an iPhone user gets blocked. Or tries to text someone who doesn’t have an iPhone. Either way it’s pretty rough. If only some super talented engineering team at Apple would fix this. Because this is a problem only Apple can fix. They just have to adopt RCS, actually. It would make texting more secure too. Just sayin’. Great track tho.

Lastly, while WWDC 2022 would have been a great chance for Apple to add RCS to the iPhone through iOS 16, this did not happen. However, there are notable improvements to the Messages app, including the ability to delete or edit messages.