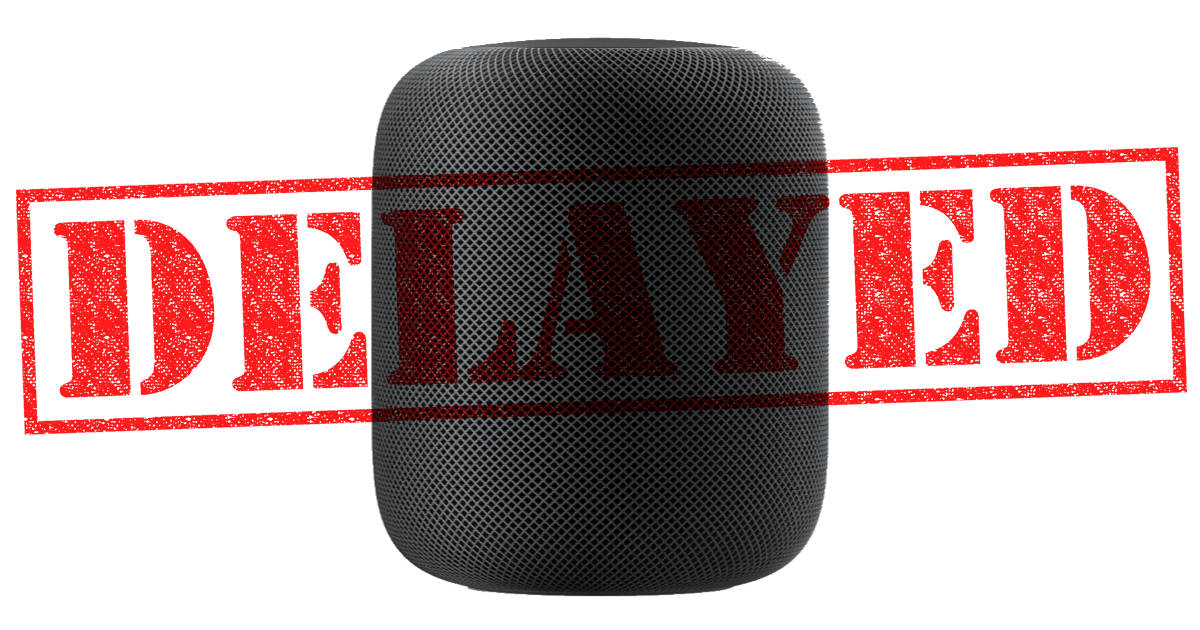 If you’ve been saving up your pennies to buy a HomePod before the end of the year put on your patience pants because that’s not happening. Apple says it’s delaying the HomePod release until early next year to get everything right.

HomePod is Apple’s answer to Amazon Echo and Google Home. It’s a Siri controlled device that’s loaded with speakers for high quality music streaming, uses several microphones to produce the best audio it can based on where it is in a room, And can be paired with a more HomePods for stereo sound and audio in multiple rooms.

In a statement to CNBC Apple said,

We can’t wait for people to experience HomePod, Apple’s breakthrough wireless speaker for the home, but we need a little more time before it’s ready for our customers. We’ll start shipping in the US, UK and Australia in early 2018.

Apple first showed off HomePod at its annual Worldwide Developer Conference in June and said the device would ship before the end of the year for US$349. Now that mid November has rolled around and there isn’t a HomePod in sight Apple is saying its release time table was a little off.

The delay could be related to obtaining the raw materials for the HomePod’s components, as John Martellaro suggested on Friday’s TMO Daily Observations podcast. It’s also possible—and I think more likely—Apple is having a tough time overcoming design issues.

Designing quality wireless wide area audio systems takes some serious work and getting the wide field microphones to work reliably is no small task. It’s possible Apple found working through those issues is taking much longer than expected.

Apple’s “early 2018” target leaves plenty of wiggle room. “Early” could mean “by the end of spring,” or even “the first half of the year.” If HomePod isn’t shipping by March we may be waiting until late June before it shows up on store shelves.

Over promise and under deliver. Open to being completely mistaken and a Supply Chain Maven makes sure the product is sound and looks for ways to deliver the product at the lowest cost to the company in the most efficient way of delivery to anxious consumers (anxious by way of marketing). Before announcing or promising Anything. Henry Ford announces a Model A which has enviable improvements over the earlier Model T. He knows the product is ready for sale, he’s looked into reducing manufacturing costs and knows everything is in line for production, which is upscalable for increased demand. And… Read more »