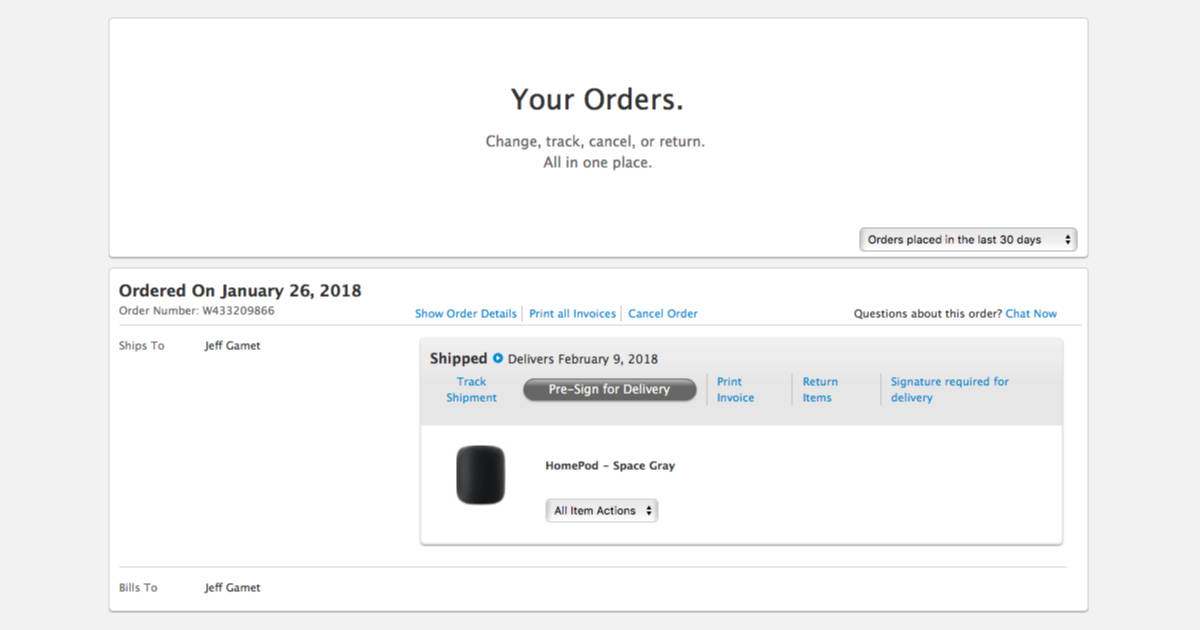 HomePod pre-orders, including those ordered as late as Wednesday, are on their way for delivery tomorrow, February 9th. Pre-orders for in-store pickup will be available tomorrow, too, assuming your order was placed before February 7th.

Apple is sending out shipping notifications now, and checking order status on Apple website or in the Apple Store app shows your HomePod as shipped with overnight delivery.

The speaker dynamically adapts to its placement in a room to improve audio output and to create a stereo-like sound without a second unit to pair with. Support for dual speaker configurations, called FullRoom, is coming soon.

HomePod was first shown off at Apple’s Worldwide Developer Conference in June 2017. Apple said it would ship before the end of the year, but in December pushed that out to early 2018. Pre-orders started on January 26th with deliveries and in-store availability starting on February 9th.

If you didn’t pre-order by Wednesday, February 7th, the delivery date is now showing as February 13th. That’s most likely more of a delivery timing issue because of the pending weekend and not a lack of inventory.

You can buy a HomePod in Apple’s stores tomorrow, and it’s available in Best Buy locations, too. HomePod is priced at US$349.