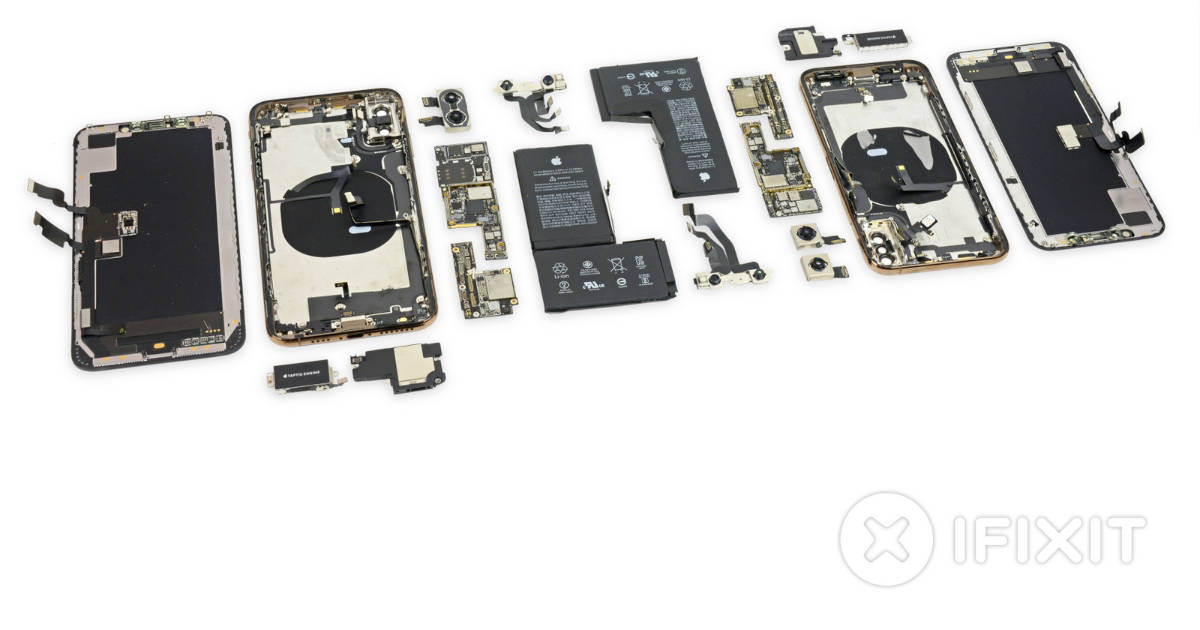 The first iPhone XS and iPhone XS Max deliveries are underway, so it’s only appropriate that iFixit has already stripped them down to their frames. Their latest teardowns show an L-shaped battery with improved thermal expansion protection, Apple designed chips, and more.

iFixit notes the corner notches in the battery look like a smart move because the corners at the “L” bend could otherwise be prone to dangerous expansion issues. Apple doesn’t want Samsung-style exploding phones in customer’s hands or pockets.

The iPhone XS Max also has a new Apple designed power management chip, lager haptic engine, and a louder speaker. Repairability in both models is reasonable getting a 6 out of 10 score.

This year’s iPhone models are more of an interave improvement over the iPhone X. Odds are next year will see more significant changes.

You can check out the full teardown at the iFixit website.