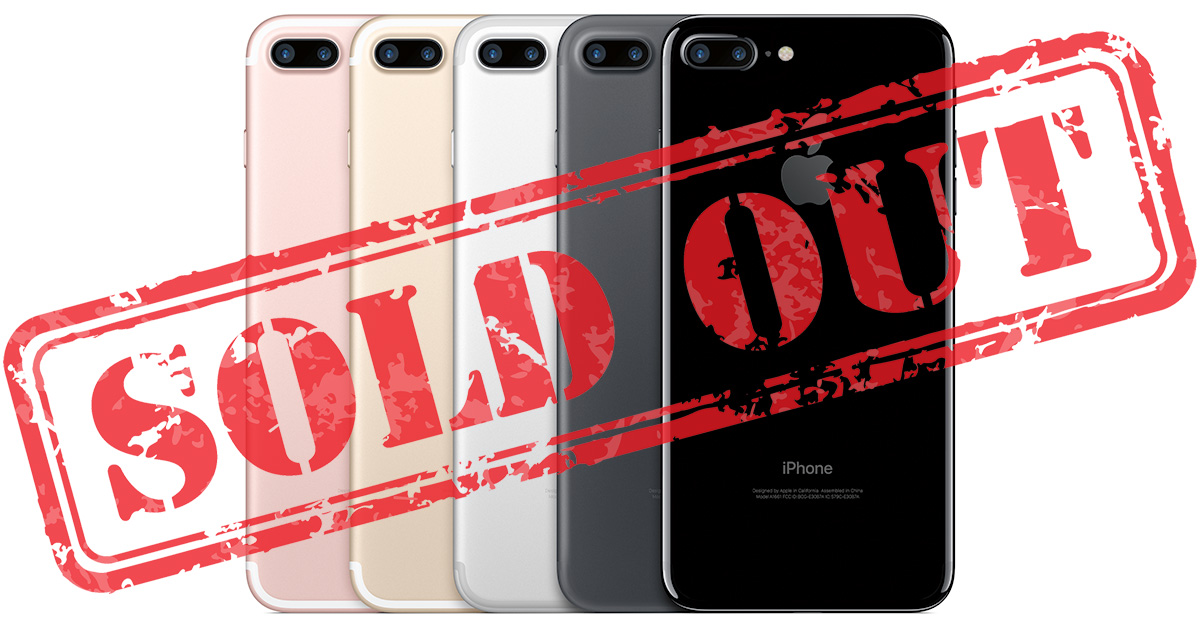 More iPhone 7 inventory ro Upgrade Program, but not for stores

Apple quickly ran through its Upgrade Program pre-order inventory when sales started on September 9th. Annual upgrade customers felt an extra sting when they found their orders had to go through a different process than other shoppers, and would require a trip to their local Apple Store on release day to finish the process.

The assumption many people made was that Apple set aside far too few phones for the Upgrader Program, and that signing up for annual device upgrades from AT&T, T-Mobile, or Verizon would’ve been a better choice.

Now MacRumors and 9to5 Mac say emails are going out to customers letting them know more phones are available. The emails state,

We’ve added more reservation times for this Friday, September 16. Simply confirm your eligibility and then see if the model you want will be available at an Apple Store near you. Please note that there are no reservations available to pick up the jet black model on Friday.

That’s good news for Upgrade Program participants, but it may be bad news for anyone hoping to walk into an Apple Store and buy an iPhone 7 come Friday. 9to5 Mac’s sources say there’s little inventory, and in some cases no inventory, for walk in shoppers.

Apple launched pre-orders for the iPhone 7 and iPhone 7 Plus on September 9th and quickly sold through the available inventory for Jet Black models while delivery dates for other colors slid out to October. Apple said it wouldn’t announce presales figures as it has done in the past, but T-Mobile said this was the biggest iPhone launch event so far.

Regardless of how many phones were sold, it’s clear Apple didn’t have enough iPhone 7 inventory to go around. The company said it knew pre-orders would sell out, and that’s exactly what happened. Now it looks like demand was high enough that walk-in sales will be a rare sight this Friday.