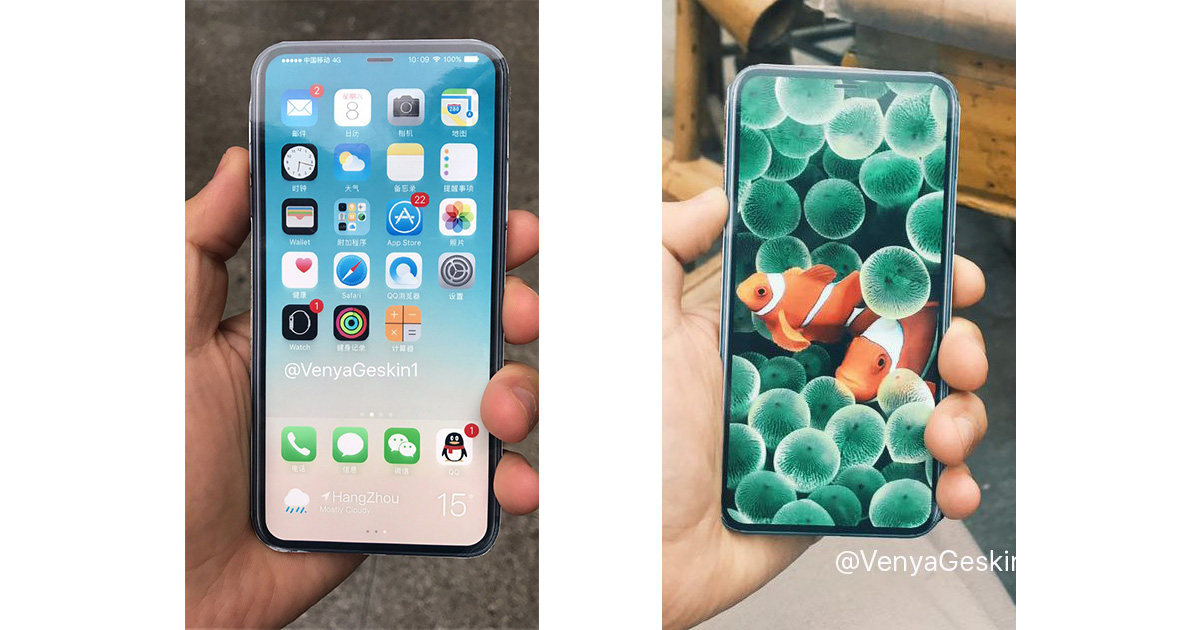 The Touch ID in the display iPhone 8 comes courtesy of Benjamin Greskin via Twitter, who is known for his realistic renderings of Apple concepts. He says his iPhone 8 renderings are “based on real blueprints” and a 3D model from an anonymous source.

His rendering shows a phone that’s the same size as the iPhone 7, but with a 5.8-inch OLED screen covering almost the entire front of the phone. The familiar Home button is gone, the bezel has all but disappeared, and the display’s glass edges curve into the phone body.

The back of the phone includes dual vertical camera lenses with a flash between them. That seems like an odd design choice because the flash seems to be close enough to both lenses to cause light bleed into photos.

The front-facing camera is hidden in the display, although the speaker is still visible. Geskin added that the iPhone 8 includes wireless charging support. His rendering and feature list matches earlier rumors, and definitely looks a lot sexier than yesterday’s leak showing the Touch ID sensor on the back of the phone.

It’s very likely Apple has more than one version of the iPhone 8 and is working towards locking in a single design, so it’s plausible the embedded Touch ID and Touch ID on the back models are accurate—at least for now. Apple is no doubt getting closer to settling on a final design which means parts leaks are coming soon.