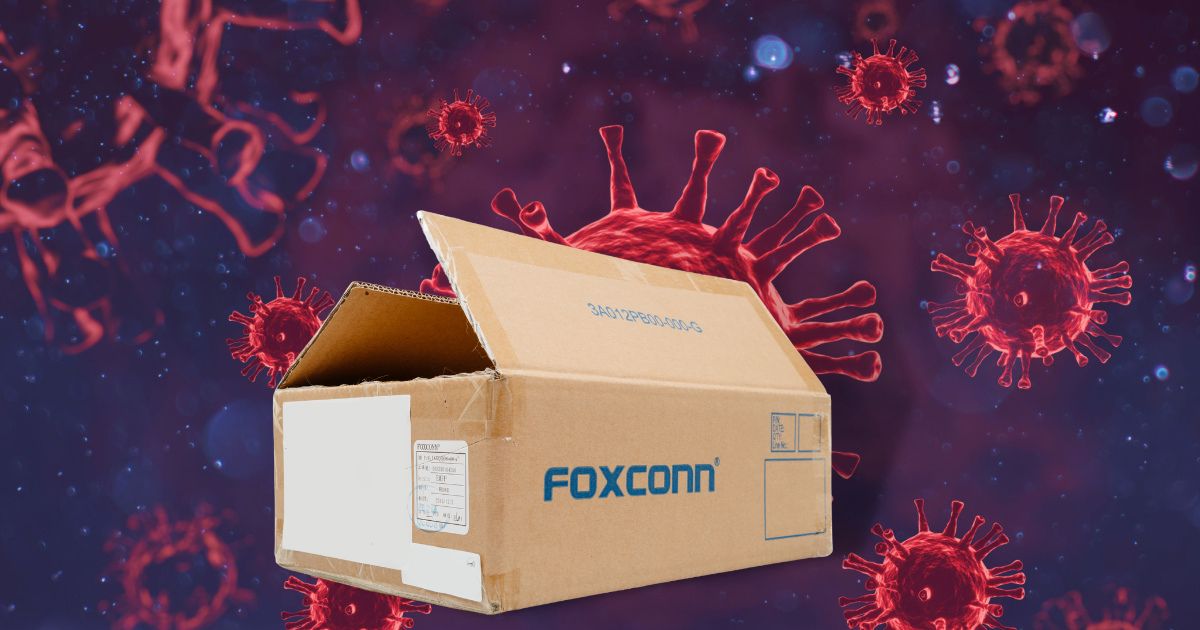 A new report says that iPhone assembler Foxconn tried to ease worker fears about COVID-19. Instead of abating the spread of disease, Foxconn reportedly tried to downplay the situation to maintain its iPhone production.

Foxconn Persuades Workers Not To Worry About COVID-19

According to The Wall Street Journal, Foxconn stuck with its production forecast as it tried to persuade workers not to worry about the COVID-19 virus. Last week, the company said life at the site was returning to normal since the outbreak in October.

However, based on various accounts of workers about the outbreak at Foxconn’s Zhengzhou plant, the situation seems to have been significantly downplayed by Foxconn all along. For instance, a 27-year-old quality-control worker recounted to The Wall Street Journal how she had undergone a two-day quarantine before her first day of work. She had a three-month contract signed with Foxconn in August. The worker cited the midnight lockdown imposed by Foxconn starting on the first Friday of October. They were not allowed to leave her production unit, and she was forced to stay there for 27 hours. After that, she was moved to another location and quarantined with other workers.

Foxconn also imposed several contingencies to abate the spread of the virus under the closed-loop system. The company sealed smoking areas, switched off vending machines, and closed dining halls. As reported earlier, workers were told to take their meals in dormitories.

Several dorm buildings were also locked down. These dormitories house thousands of workers. Foxconn also used faster rapid-antigen tests and several rounds of mass PCR tests. Foxconn hoped to speed up the identification of positive cases among its workers. However, these measures did not prevent the virus from spreading among the workers.

All the numbers pointed to the outbreak getting worse, but Foxconn somehow downplayed the situation. It kept mum about the actual number of positive cases among workers. And yet, it continued to impose stricter control measures.

Interestingly, by late October, workers noticed that Foxconn seemed to be more focused on keeping the factory operational instead of controlling the spread of the virus. It was also rumored that the company tried to mix infected workers with non-infected ones to promote herd immunity. This led thousands of workers to pack their bags on October 28. Then last week, while trying to leave the campus, a loudspeaker broadcasted, “Calm down and return to work. It’s better than going home to quarantine.”