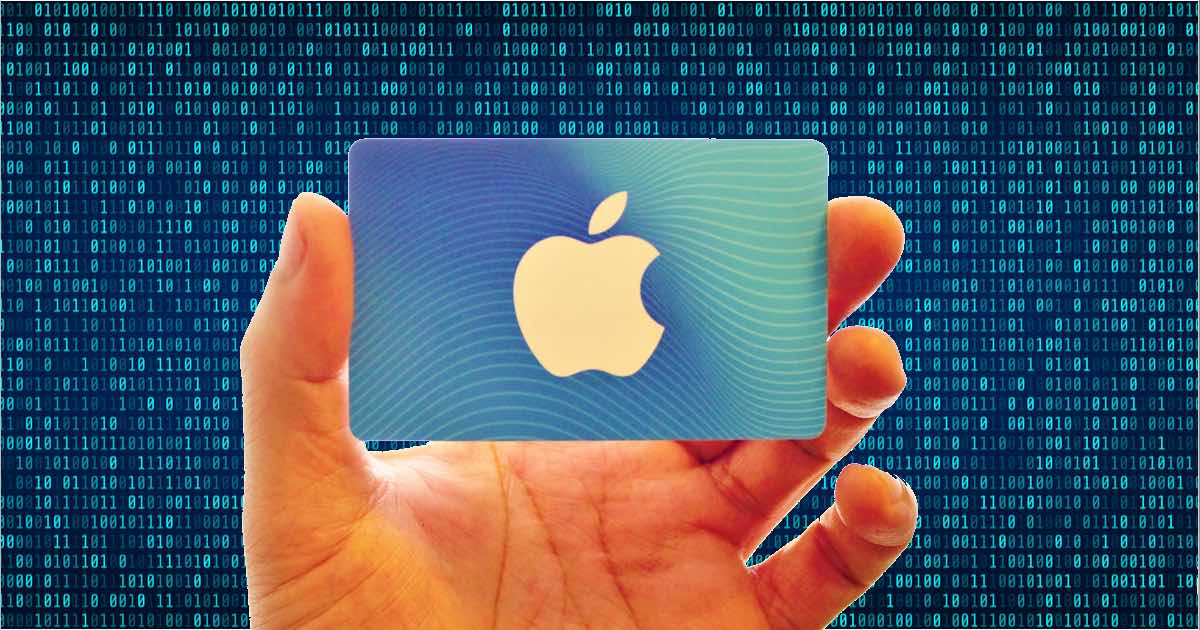 When it comes to scams, the gift card scam is one of the most common tactics for con-artists impersonating the IRS. Now, a judge has sided with a group of victims who argue that Apple from may benefit from these scams and should do more to combat them.

Victims of the Apple gift card scam filed a class action lawsuit alleging that the tech giant profits from cards that are obtained fraudulently. The suit also claims that Apple is in a position to block the use of them and provide refunds to those that purchased the cards. Apple has asked for the case to be dismissed. U.S. District Judge Edward Davila has denied this motion.

Typically, how an Apple gift card scam works is that a victim receives a call from a scammer claiming to work for the Internal Revenue Service (IRS). The victim is told that there is a problem with their tax filing. Should the problem not be fixed immediately, the victim is informed they may face arrest. When they ask how to arrange payment, the con-artist tells the victim to purchase Apple gift cards (either Store or iTunes) and pass the information to the caller.

Now, obviously the IRS will never ask you to pay them in gift cards. However, those less tech savvy and under duress may fall for the scam in a moment of panic.

Once the scammer acquires the card, what happens next depends. With Store cards, scammers are able to purchase products with high value, such as laptops and smartphones. The scammers then sell the items for a profit. On the other hand, iTunes gift cards work differently. Typically, the scammer will purchase apps that they own in the App Store. That way, they receive 70% or 85% of the money paid by Apple.

However a scammer slices it, the cards see immediate use, and the victim’s money vanishes. Variations of this scam also include messages that a relative or a friend urgently needs assistance, or that the victim may be taken to court over an unpaid bill.

The Lawsuit Against Apple

According to Scribd, the lawsuit states that Apple informs victims of the scam that the company is unable to provide assistance once the money has been spent. However, the lawsuit argues this isn’t true. Actually, Apple holds 100% of the funds for a 4-to-6 week period. This time is between the apps being purchased and Apple paying the developer. It is during this time that the lawsuit claims Cupertino is in a position to refund 100% of the card value.

Furthermore, thanks to the 30% commission Apple takes, the company would also be in a position to refund at least that much. This holds true even if the scammer has been paid.

It is also worth noting that many victims of scams are elderly, so in this case, three of the eleven counts accuse Apple of violating laws designed to protect the elderly from financial abuse.

Apple has made a filing toward a motion to have the case dismissed on a number of grounds. The first being that gift cards are sold with a published refund policy. This policy dictates that no refund is possible after redeeming a card. A judge has dismissed this motion, meaning the case will proceed.

In a report from Court House News, it stated that most of the 11 counts in the claim were dismissed. This includes the claim that Apple aided in the scams. However, two key counts remain. The first being that Apple benefits from the scams, the second being Cupertino could do more to help the victims.

Apple stands to benefit from proliferation of the scam, that Apple is fully capable of determining which accounts redeemed the stolen gift card funds and preventing payout of those funds and that Apple nevertheless informed Martin, Marinbach, Qiu, and Hagene that there was nothing it could do for them despite those plaintiffs’ prompt notification of the theft.

According to the Federal Trade Commission, it estimates that gift card scams cost victims $30 million in 2020. Around three quarters of these scams saw the use of Apple cards. However, the FTC’s estimate only includes cases that were reported. The true amount is likely to be much higher. This is due to some victims being unwilling to admit they fell prey to a scam. Some reports suggest the true amount may be ten times higher than the official estimate.

In terms of the trial, the next step is discovery. Apple will be required to reveal relevant informations regarding how it handles scams. The court is likely seeking information that includes the tech giant’s mechanisms for detecting fraudulent gift card transactions. They will also seek the total amount of money Apple makes in commissions from scams.