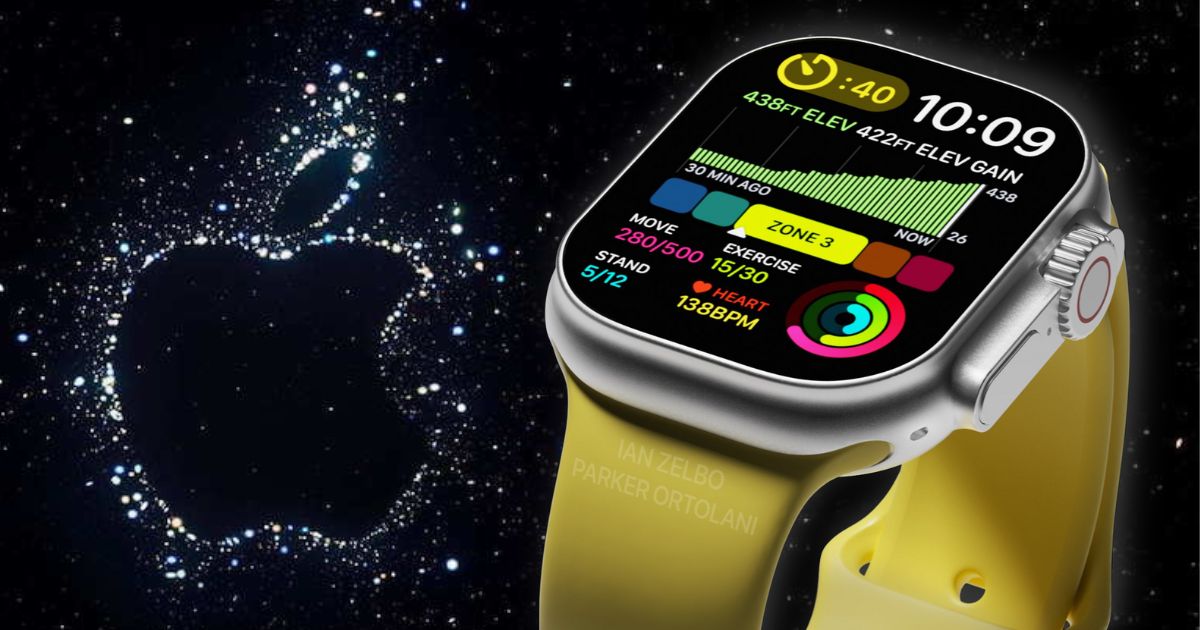 Two images of alleged Apple Watch Pro accessories just came out of China. Leaker Sonny Dickson posted several images on Twitter while user UnclePan posted the other on Weibo. Both leakers have shared reliable information in the past regarding upcoming Apple product announcements.

Furthermore, noted graphics designer Ian Zelbo worked with Parker Orolani to generate renders of the upcoming device. These renders are based off CAD drawings leaked over the weekend.

UnclePan noted that Apple Watch “Pro is not square in the traditional sense, but a new form factor.” The image of the alleged Apple Watch Pro accessory suggests rounded edges on the Apple Watch Pro. The upper rim that meets the display will be flat and will sit flush with a flatter screen.

Interestingly, the casings also have several cutouts, with the usual ones for the Digital Crown and Side button on the right. It seems that the Digital Crown and the other side buttons would be more protruding than the current Apple Watch models. Dickson also posted another image of the alleged Apple Watch Pro accessory. This image seems to confirm an additional button on the left side of the Watch. This could also be used for speaker vents, leaving the other button on the left side for other purposes. These could include other functions that mimic touch control functionalities, since athletes are more accustomed to using buttons than touch screens on smartwatches or fitness trackers.

Meanwhile, Gurman expects the Apple Watch Pro to offer a bigger display. This makes sense, since the Pro Watch will target users with sporty and active lifestyles. Apple needs to up its game to compete with other smartwatches that provide a bigger display. According to Gurman, the Apple Watch Pro display will measure almost 2 inches diagonally. This is larger than the 1.9 diagonal screens of the current Apple Watch Series 7. The display will also feature a more shatter-resistant screen to withstand various extreme conditions.

We really can’t wait to find out how the Apple Watch Pro will be different from the standard Apple Watch and Apple Watch SE. Earlier reports said that Apple won’t be bringing in new designs for these two Apple Watch models.