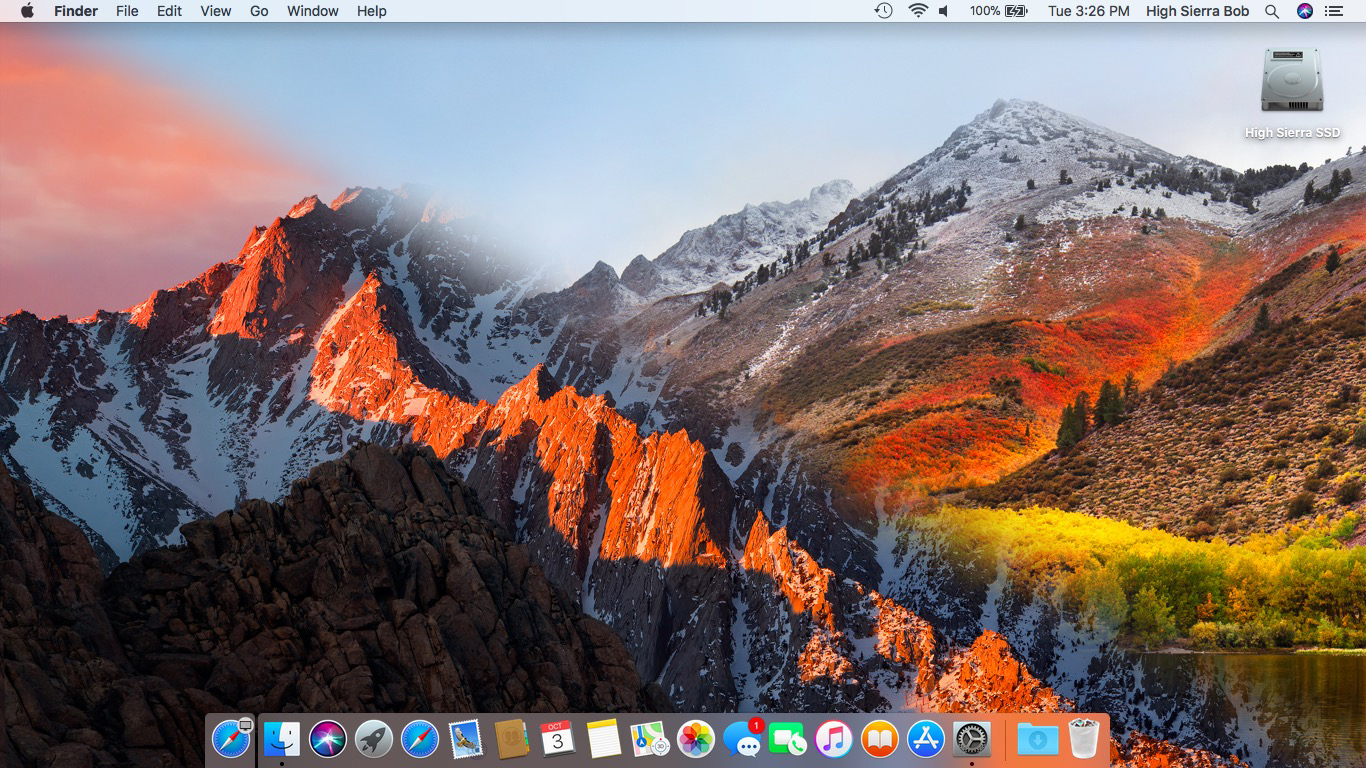 If you missed last week’s column, I recommended you wait a week or two before you install any new operating system on an Apple device. Since macOS High Sierra became available last week, and many of you will upgrade soon if you haven’t already, here are some things to look for when you do upgrade.

The first thing you’ll notice after you upgrade is how little its appearance has changed. Aside from the new desktop picture, almost every pixel looks exactly the same as in macOS Sierra.

All of the application and document icons, menu bar icons, and System Preference pane icons look the same as before. You’ll notice very few changes unless you look very closely. I like that. Unlike some macOS upgrades, I haven’t had to search for a feature or menu item I used to use that’s missing or misplaced. It looks, feels, and works pretty much the same as Sierra.

And, even if you look very closely, many of the biggest changes are under the hood and almost completely hidden from users most of the time.

For example, if your startup disk is an SSD (and not a Fusion or mechanical hard disk, which will be supported in a future update), upgrading to High Sierra also replaces the nearly 20-year old file system known as HFS+. This is the subsystem that manages critical operations including file storage, copying, and integrity.

Ordinarily, the thought of upgrading my Mac’s file system on the fly would terrify me. But, having performed this upgrade a dozen or more times on three Macs during beta testing, I suspect most of you won’t even notice that HFS+ has been replaced by a new, higher-performance file system known as Apple File System (APFS).

At least not at first. When you will notice is the first time you copy or duplicate a large file on an SSD running APFS. For example, duplicating a 2GB .zip file on an SSD under HFS+ displayed a progress bar and took around fifteen seconds; after upgrading to APFS, duplicating that same file was so fast I never even saw the progress bar.

Another big improvement under the hood is the High Efficiency Video Codec (HEVC) for video and High Efficiency Image Format (HEIF) for still images. Their calling card is smaller photo and video files with the same or higher quality as before. Plus, they support editing Live Photo and Portrait Mode pictures in new and unique ways.

By the way, so far the new codec and file format are only used internally by the Photos app on your Mac, and the Camera and Photos apps on your iDevices running iOS 11. While you can’t currently export files in the HEVC or HEIC formats, I expect to see this change over time, as both HEVC and HEIC are industry standards like their predecessors, H.264 and JPEG.

While those are the main “under-the-hood” improvements you’re going to find when you upgrade to macOS High Sierra, there a also a handful of interesting new features in Photos. Safari, Notes, and Siri worth mentioning.

But I’m out of space, so please tune in next week for the thrilling conclusion!

wab95: I know, right? Everything feels a little zippier and file operations are blindingly fast. It’s not a flashy upgrade but there are many worthwhile improvements under the hood. And I think it will only get better – when other apps (I’m thinking Final Cut Pro and Photoshop for two) support the new High Efficiency formats directly. Smaller files=faster open and save times. Combined with APFS, I can see many common tasks becoming noticeably faster by next year.

Having done the upgrades, the two practical things I noticed immediately was the freeing up of more than 25 GB of hard drive space, and speed. This OS is clearly optimised for SSDs, and may be the first macOS iteration to truly be so.