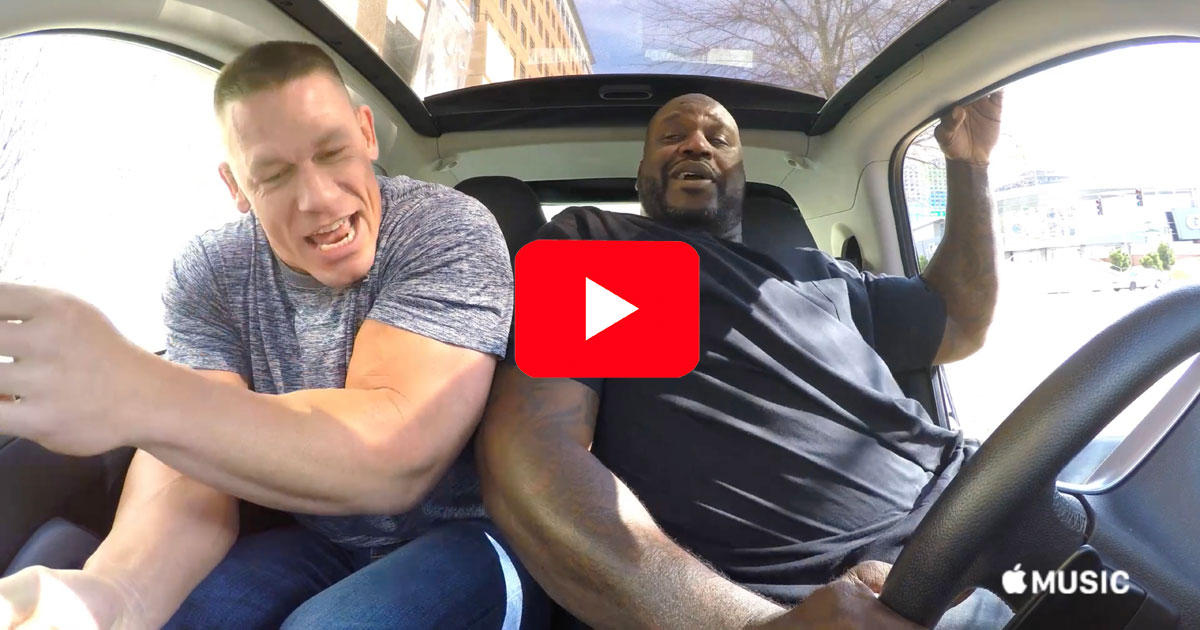 Apple Music’s Carpool Karaoke turns to sports with two new trailers featuring Shaquille “Flat Earth” O’Neal and John Cena, and Michael Strahan and Jeff Gordon. Throughout its existence, Carpool Karaoke has featured excellent singing, but fans of these athletes won’t have to worry about that in these trailers.


To be sure, these sports chaps clearly don’t think they’re good singers. In departure from the original Late Late Show premise, Carpool Karaoke – The Series is much more about letting the viewer spend time with the featured celebrities.

And as I’ve noted about previous episodes, fans of those featured celebrities will love this stuff. I, for one, find the cheesy gag of John Cena and the Shaq trying to squeeze into a tiny car to be pretty funny.