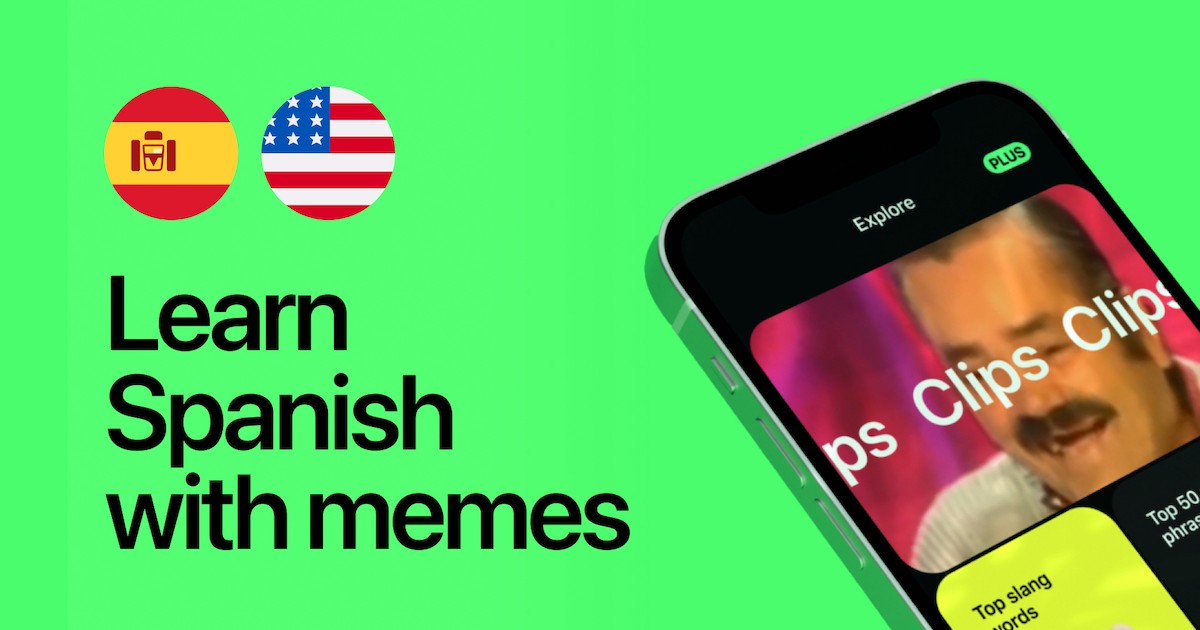 A new language app on the market, dubbed Memo, is aiming to help users learn Spanish through memes.

For those simply aiming to learn a new language, or for those looking to brush up on Spanish or English, Memo can be a fun way for users to explore a language.

Memo is the first mobile app that helps users learn Spanish through the craft of memes. Based on an endless feed of Spanish memes, the app is capable of updating new content weekly. Additionally, Memo features translations for all texts, as well as voice acting, flashcards for studying words, thematic topics for different life situations and funny videos.

According to a press release from Memo,

Learning any language always involves immersion in a natural language environment. Many people watch films and TV shows with subtitles, go to conversation clubs, read books or articles in their original language… But to be honest, sometimes we just don’t have enough time, motivation or desire to do it. We just want to get stuck in the phone and postpone the ‘immersion in the natural language environment’ until tomorrow. But what’s in the phone? In addition to useful information and news, we often see pictures, GIFs, stickers and clips – in other words, memes.

Concerning memes, Memo argues that its app is able to provide more authenticity than traditional textbooks. While a textbook may give a user the nuts and bolts of a language, Memo is capable of helping users with slang expressions, unusual abbreviations and neologisms. Thanks to memes being crafted by a variety of different users, they can often provide more nuanced access to learning the specifics of a language.

Additionally, Memo also supports the idea that memes, GIFs, short videos and even song extracts are a way of building a strong association with words, which can greatly help with memorization and expression. Furthermore, Memo can also help with context. Focusing on different life situations, Memo suggests that the general context can often be clearer if you do not know each word in a particular piece of media.

Ultimately, the app looks really cool. Learning a new language (or brushing up on a language) can be incredibly important, and Memo looks like an exciting and unique way to go about learning.

While the app is a lot of fun, do note that the app is a $79.99 per year. While there is a three day trial, the Apple App Store will confirm your purchase. So, if you’re not a fan of the app, make sure that you uninstall it before the three day trial ends. You can also access the “Top Slang Phrases” and “Irregular Verbs” categories without signing up for a trial or subscription.

Of course, once you’ve excelled at your Spanish, you can find a new appreciation while catching up with Acapulco.

You can find Memo on the Apple App Store here.

How do you like to learn another language? Let us know in the comments.