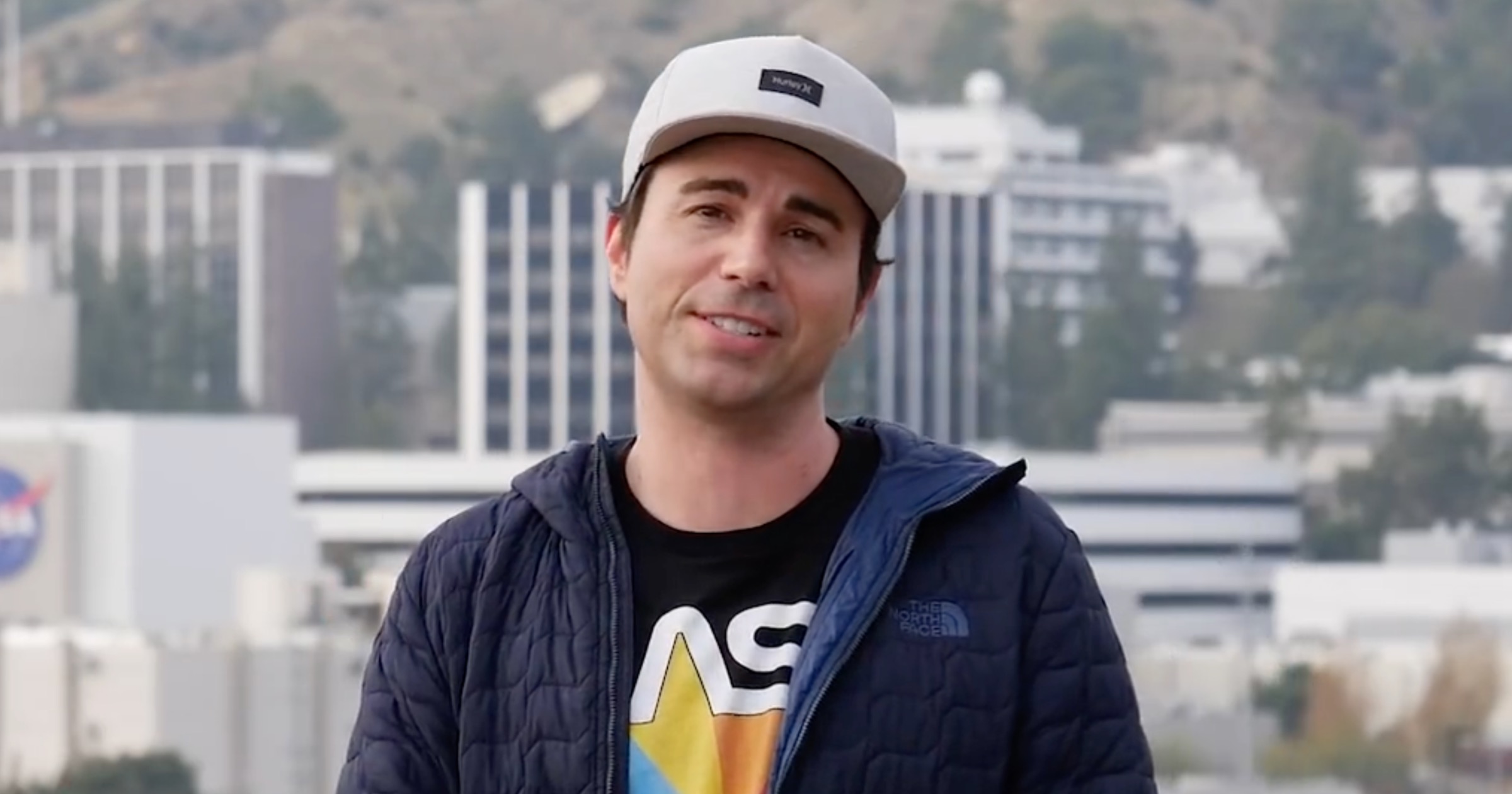 You might not know it, but popular YouTube creator Mark Rober used to work for Apple. During his tenure at the Cupertino-based tech giant, the star who teaches science with amazing experiments also came up with an idea that may be embedded in the Apple Car. He recently described how his VR technology could help prevent motion sickness in a car.

According to Rober, who recently talked to MKBHD on the Waveform podcast, roughly 40% of all people suffer some form of motion sickness. This condition happens when what you see doesn’t match up with what your internal gyro feels. For example, if you’re in the back seat and can’t see the road ahead of you, it might cause you to feel nauseated.

While at Apple, Rober came up with an idea that could prevent that. His patent for an “Augmented Video Display” describes a VR system that takes into account the vehicle’s motion. For example, the patent describes virtual content appearing “as a distant object stabilized or fixed in the external environment while visual cues of the real environment are moving in the field of view of the passenger.”

Such cues could give the impression of acceleration, up and down motion, or turns. It’s a lot like focusing on a spot on the horizon when you’re suffering seasickness, and could be an excellent addition for passengers in an Apple Car.

Rober’s story is even more interesting in the context of how he came up with the invention in the first place. He was already a rising star on YouTube when Apple hired him. The Cupertino-based company at first discouraged him from continuing his YouTube adventures, but they came to an agreement. Rober simply wouldn’t mention who he worked for as his “day job,”

Apple was watching, though, and Rober’s manager came to him after watching a few of his fantastic experiments. As Rober recounts, the manager told him, “Hey dude, you’re coming up with all these banger ideas on YouTube, like come up with a banger idea for us.”

It’s no secret that Apple can be extremely supportive of truly innovative ideas. When Rober came up with the idea of using VR to address car motion sickness, Cupertino was all for it. Since his departure from Apple, Rober’s patent has been evolving, which could mean inclusion within the fabled Apple Car itself.

Apple has continued to make updates to that patent. It feels like, from my perspective, it’s an interesting one for them.