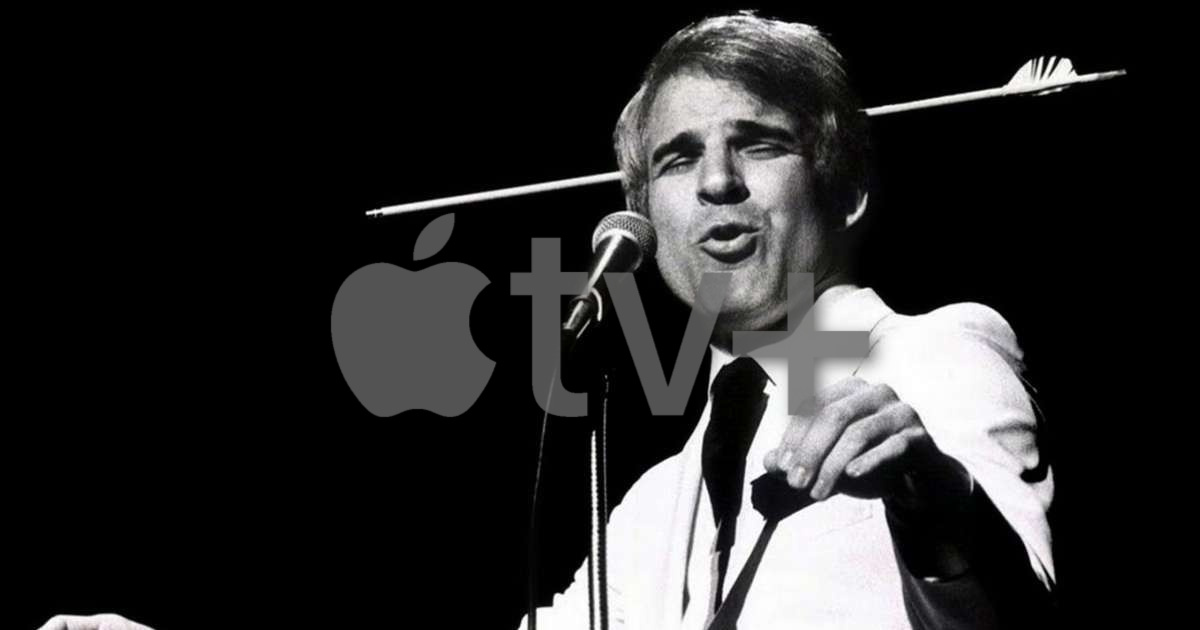 Reports indicate that today Apple TV+ is set to release a two-part feature documentary from A24 celebrating the career of comedian Steve Martin. Along with A24, the new documentary is a production from Morgan Neville and Caitrin Roger’s Tremolo Productions.

In an exclusive report for The Hollywood Reporter, Steve Martin states, “They found a lot of archival stuff. They found a photo of my father in 1944 in Germany, touring Our Town with the USO.”

According to The Hollywood Reporter, Martin has produced very little concerning his personal journey. Longtime fans of Martin may remember that he disappeared from live comedy at the height of his fame, and transitioned to starring in Hollywood-classics and writing. Martin did publish a single memoir titled Born Standing Up, which covers his years as a stand-up comedian. There is also another book arriving in November, Number One is Walking: My Life in the Movies and Other Diversions and will contain a collection of anecdotes and illustrations focusing on his movie career.

Additionally, Martin holds three Emmy nominations for his work on the Hulu comedy Only Murders in the Building. The new two-part documentary will explore his life as Martin gains his roots in comedy, up to today. Additionally, Steve Martin is also an accomplished banjo player.

I’m Picking Out a Documentary for You!

While Apple is currently celebrating six New & Documentary Emmy Award nominations for some its documentaries, including 9/11: Inside the President’s War Room, the streaming service also features a wealth of other non-fiction content.

Back in April, Apple TV+ released a documentary about the basketball star Makur Maker, and the company recently secured the rights to a nonfiction film about the life of Michael J. Fox.

In terms of documentaries, Apple TV+ has plenty to choose from. This includes They Call Me Magic, which focuses on the life and times of basketball legend Magic Johnson, to The Velevet Underground. Additionally, Apple TV+ is looking to explore a deep-dive into Sidney Poitier, with the series Sidney.

Are you looking forward to the documentary on Steve Martin? What are you watching on Apple TV+ right now? Let us know in the comments.