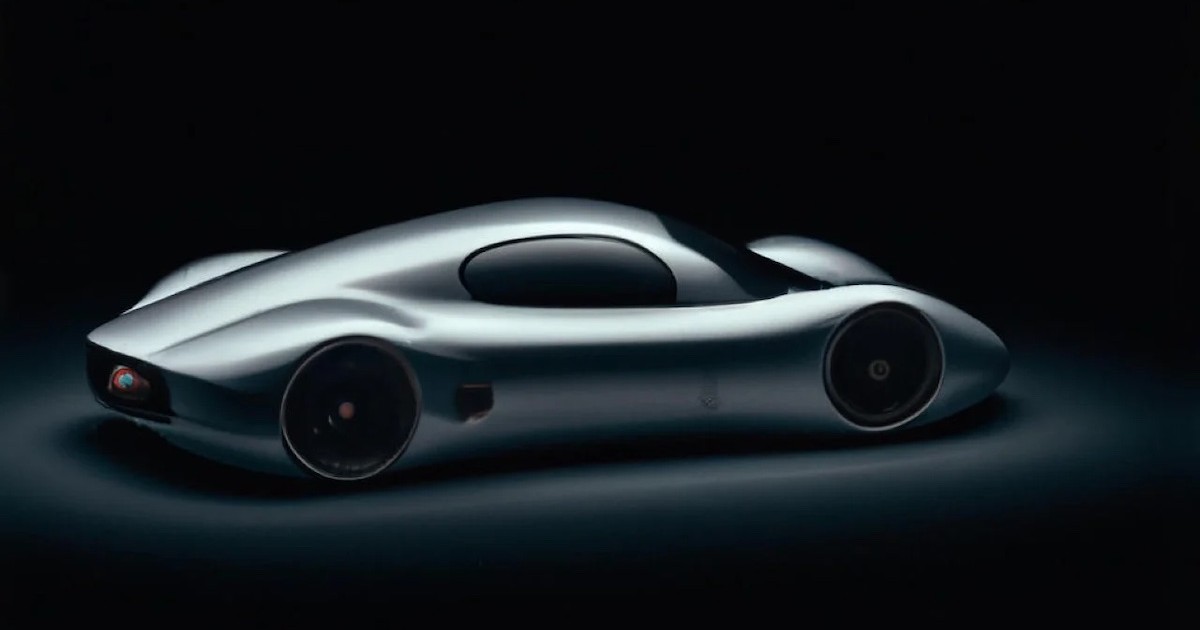 While the hot rumors for today concern Apple’s latest AR/MR headset, let’s not also forget the Apple Car and Project Titan is still very much a thing. Over the weekend, an artist used AI to generate images of what the Apple Car may look like.

As reported by Yanko Design, an industrial design professor and YouTuber by the name of John Mauriello explores how DALL-E 2 can generate images of a supposed Apple Car through a text prompt.

DALL-E 2 is a product from Elon Musk’s OpenAI. Users are able to type a prompt into DALL-E, and the AI will do its best to render a series of images based off of the prompt. Something similar is currently making the rounds with throughout the internet, which is currently being made popular in thanks to the software creating horrifying memes.

The idea came about after Marques Brownlee began experimenting with the Apple Car in DALL-E 2. By simply typing the words “Apple Car”, the AI generated a car that more closely resembles the fruit than a car. This became the genesis of Mauriello’s idea, who decided to tweak the prompt to get more specialized results.

Rather than simply using the phrase “Apple Car,” Mauriello went with the phrase “Minimalist Sportscar inspired by a MacBook and a Magic Mouse, built out of aluminum and glass”. The design professor also prompted the AI to design something along the style of Apple’s former design head, Jony Ive.

The results are rather surprising. The AI was able to correctly understand terms such as ‘Sportscar’, ‘MacBook’, and ‘Aluminum’. Mauriello also made sure not to include the phrase ‘Apple’ within the prompt, ensuring no association with the tart fruit. While some AI can typically mash things together—often creating Lovecraftian horrors rather than something tangible—DALL-E 2 actually produces some rather impressive results.

With elegant curves and a sleek design, the Apple Car that the AI generated looks more harmonious with a Lamborghini or other high-end sports car.

DALL-E 2 works through creating various interpretations of the same prompt. Rather than receive one image, you receive several connected via a theme. The AI can be error prone. Such as the fact that DALL-E 2 forgot to include windshields or windows in some of the photos. However, the results are still striking nonetheless.

Overall, the car looks stunning, especially for something generated by AI.

Going back to the artist, John Mauriello has spent a fair amount of time exploring AI-based generative design tools. In addition to “designing” the Apple Car, Mauriello also has a comprehensive YouTube video concerning Artificial Intelligence in the context of design and human creativity.

Right now, DALL-E 2 is only available through exclusive access. Those that want to try it out may sign up for the waitlist.

Concerning more tangible Apple Car news, it appears Cupertino is looking into exploring autonomous vehicles. This would mean that the Apple Car may make specific choices based around what the “driver” wants.

Additionally, Ford executive Desi Ujkashevic recently quit the automaker after 31 years to work for the Apple Car team. Ujkashevic has worked on several Ford models, including the Ford Escape, Explorer, First and Focus.