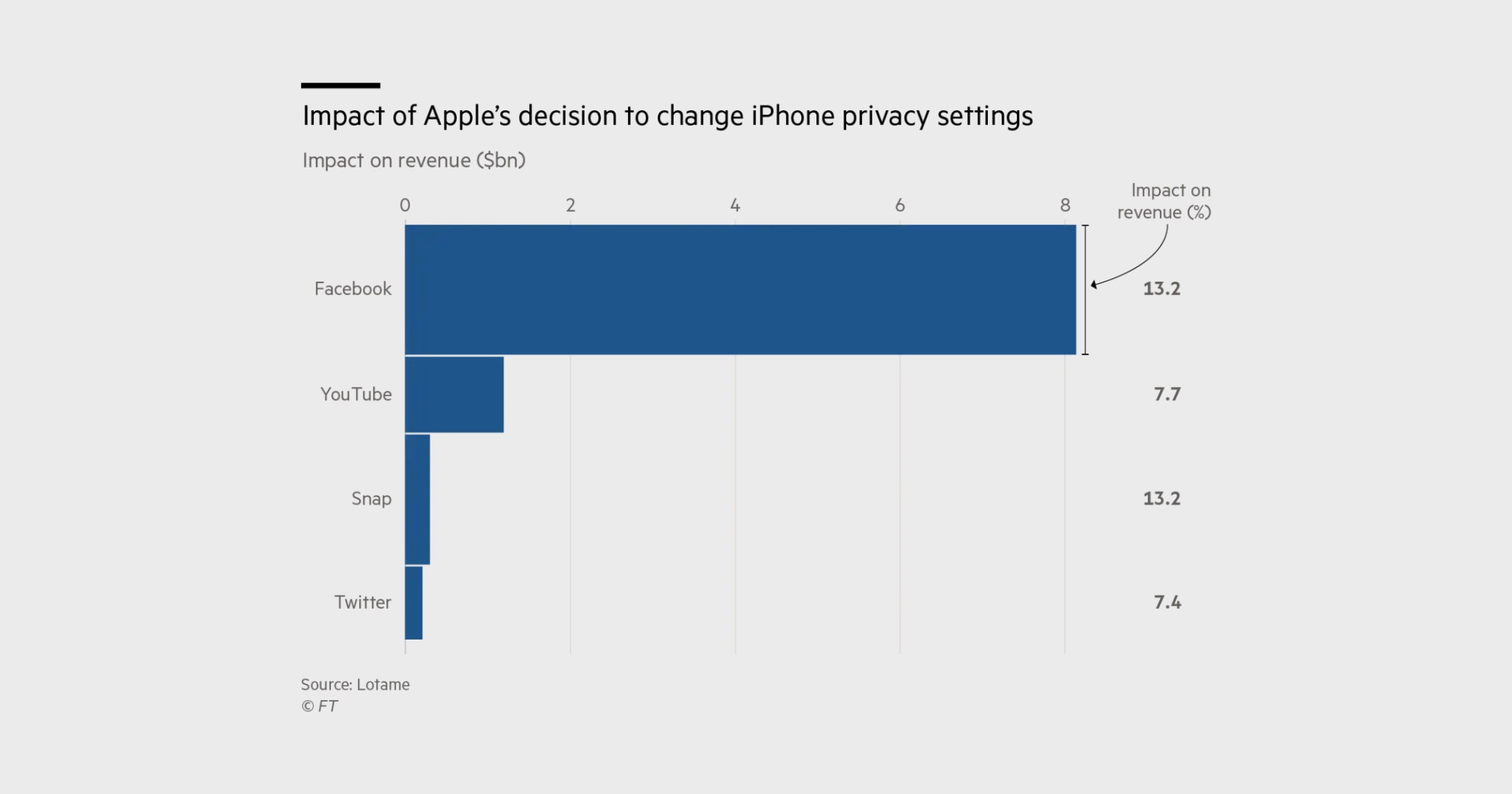 App Tracking Transparency was added to Apple’s systems with iOS | iPadOS 14.5. It’s enabled by default and means that apps can’t collect your data for tracking purposes. If you turn the feature off, the system will generate a dialog box when an app requests to track you. Companies that make the majority of their money through advertising aren’t happy about the feature.

Facebook has been impacted the most due to the sheer size of its ad machinery, while Twitter saw the last impact. Twitter says it hasn’t been affected much because its advertising relies more on context and branding than data tracking.