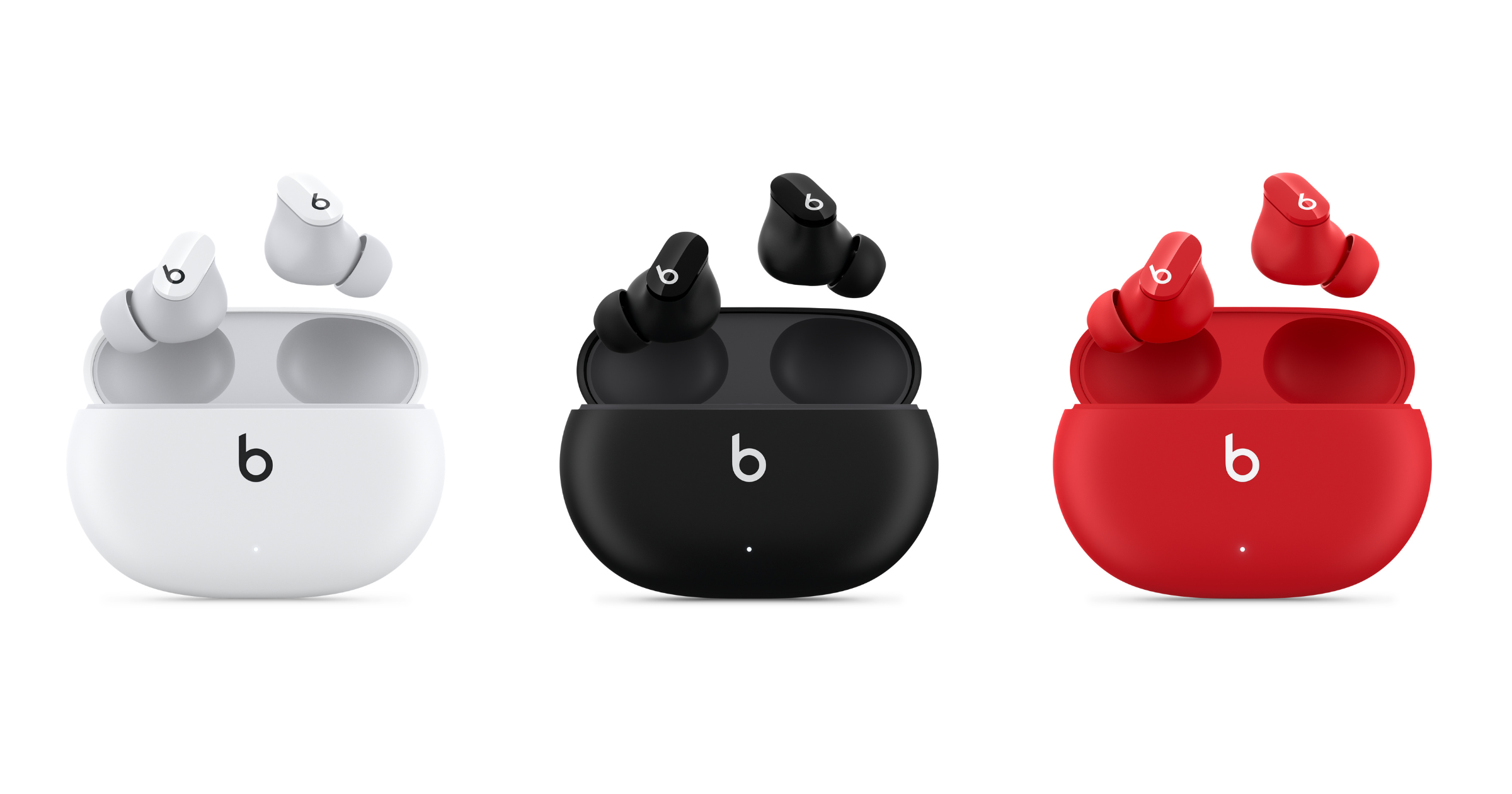 Apple has unveiled the Beats Studio Buds, which are now available for pre-order.  They are true wireless noise-canceling earbuds, costing US$149.99, and compatible with both Apple and Android devices.

The Beats Studio Buds are available in three colors – black, red, white. Unlike the AirPods and AirPods Pro, they do not have a stem. Shipping begins on June 24. The product overview says they have a “proprietary, dual-element diaphragm driver resides within a two-chamber housing, resulting in clear sound with outstanding stereo separation. An advanced digital processor then optimizes audio performance for loudness and clarity, while simultaneously ensuring clean noise-cancellation.” Both Apple and Android users get built-in controls, device status information such as battery levels, and firmware updates. Bloomberg News reported that Spatial Audio works with the Beats Studio Buds too.

That outlet also tested the earbuds. The reviewer found that “the contoured shape and light weight of the buds made them comfortable to wear for extended periods of time.”

While it’s nice to have the details of the much-rumored headphones confirmed, the design at least does not come as a surprise. Basketball superstar LeBron James recently posted photographs of himself wearing them as he headed into a game.

Stunning that it doesn’t include the H1 chip. I think these would be great, but hard to go back to have to manually switching the connected device after using the AirPods Pros