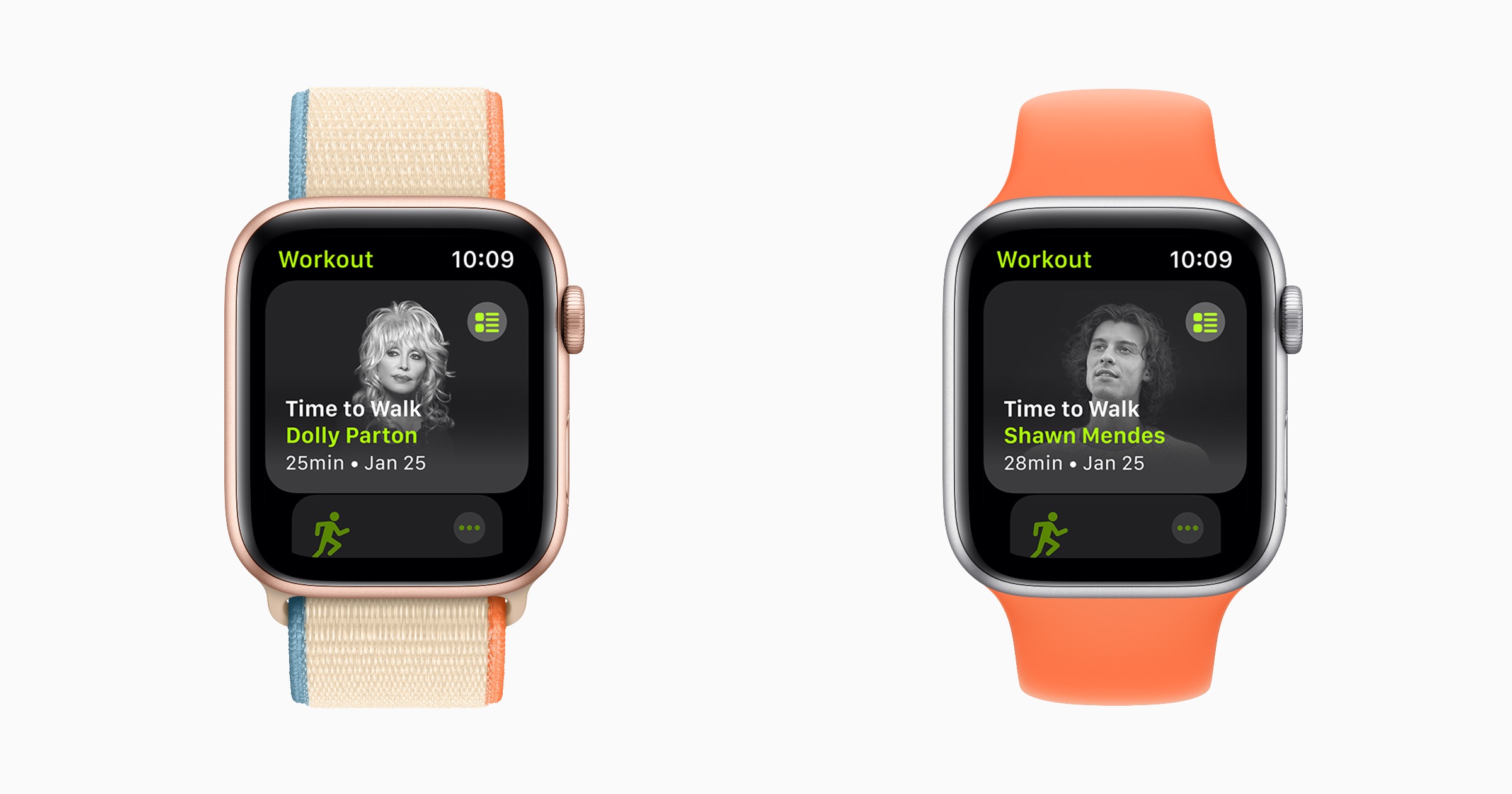 The rumored Time to Walk experience has been officially released for Apple Watch users subscribing to Fitness+. Each episode features a famous person who shares their personal stories, photos, and music.

Four episodes are available at launch with one new episode appearing every Monday through the end of April. Time to Walk episodes are automatically downloaded to Apple Watch with a Fitness+ subscription, and users can start an episode directly from the Workout app.

Once a Time to Walk episode is selected on Apple Watch, a Walk workout automatically begins and users can go at any pace that suits them while listening with AirPods or paired Bluetooth headphones.