Apple has been working on rebuilding Apple Maps to make it more accurate and detailed. The company says it will roll out to the United States by the end of 2019, and it recently became available for New York (via New York Post).

Apple no longer relies on third parties for its mapping capabilities. This new, rebuilt version of Maps is entirely Apple’s technology. For example, in New York City you can see more details in buildings, parks, walkways, roads, and others. In Central Park you can see features like the Great Lawn, Harlem Meer, and the various baseball fields. 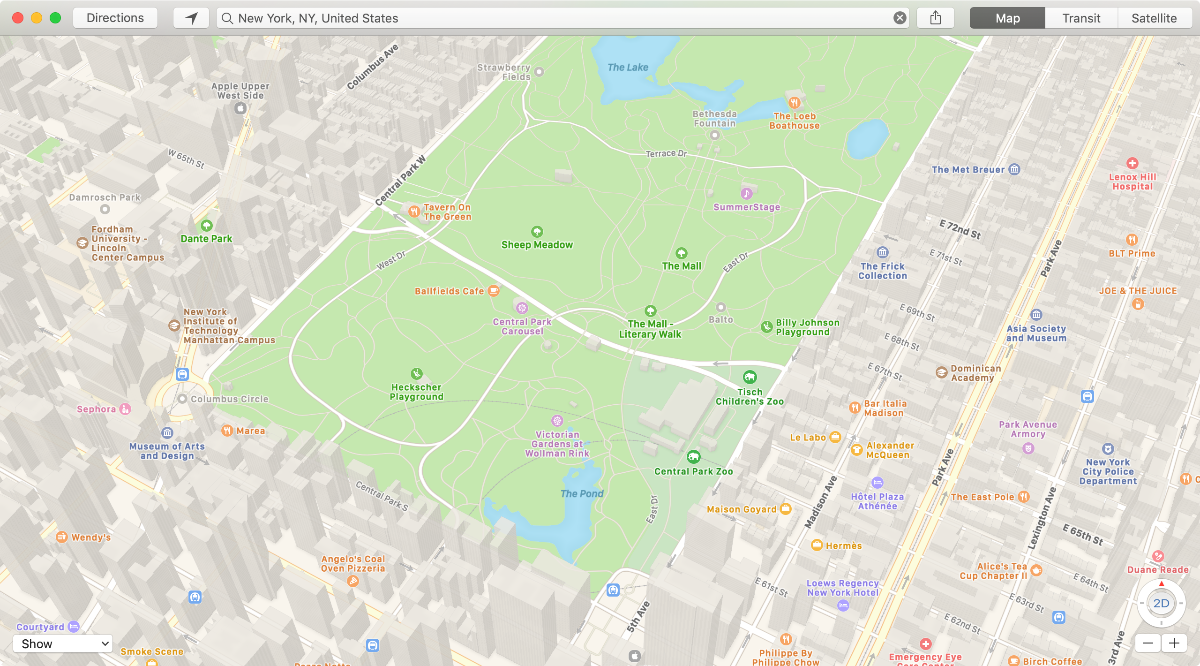 As part of Apple’s efforts, in iOS 13 has a feature in Maps called Look Around. This lets you virtually “walk” down streets to see a pedestrian-level view of businesses in certain locations. Tech analyst Shelly Palmer hopes that Maps will improve, telling NYP:

The bar for Apple Maps isn’t incredibly high — it’s just ‘don’t suck.’ I don’t know anybody that uses Apple Maps on their iOS device. You’re not going to find anybody that’s a serious user of technology that hasn’t replaced Apple Maps with Google Maps.