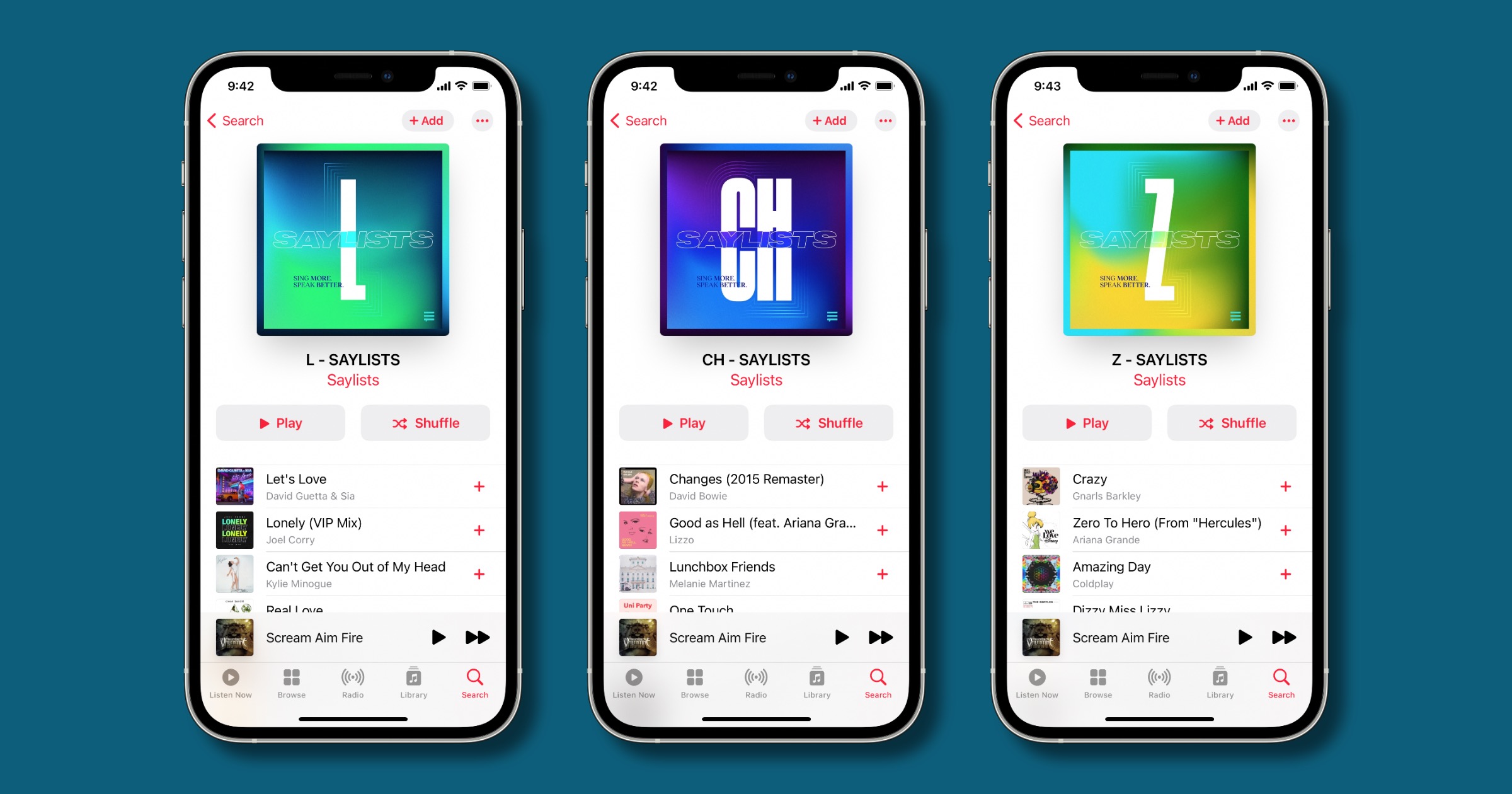 The report says that one in 12 children in the U.K. have some form of speech-sound disorder (SSD). This is when some speech sounds, called phonemes, in a child’s language aren’t produced at all, are not produced correctly, or are not used correctly.

Using Warner Music’s special algorithm, Apple Music analyzed the lyrics of its 70 million song catalog to find songs that repeated challenging phonemes most often. A therapeutic technique for SSD is to repeat these hard sounds over and over, like “ch”, “d”, “f”, “g”, and so forth. Kids can sing along to these songs as a way to practice their speech.

These saylists can be found by opening the Apple Music app and typing “saylist.” There are different ones for each challenge phoneme, like L, T, CH, and D.