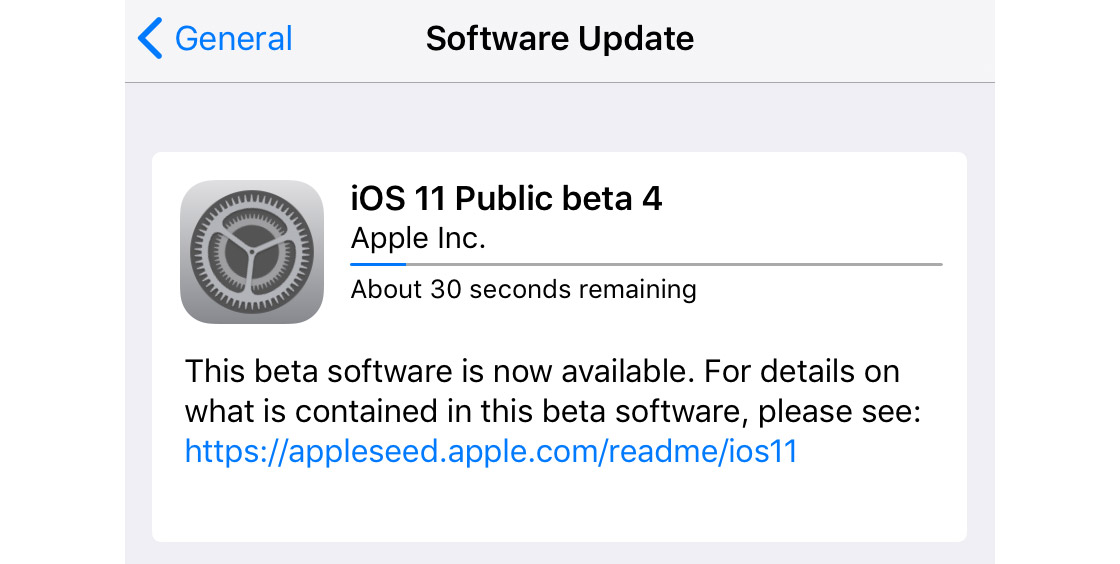 Apple released iOS 11 Public Beta 4 on Tuesday. The release comes the day after the company seeded iOS 11 Developer Beta 5 to developers, and two weeks after the release of Public Beta 3. Apple doesn’t include detailed release notes with the public beta releases, but each release includes bug fixes, tweaks, and new approaches for features in iOS 11.

You can enroll your iPhone or iPad at the Apple Beta Software Program. Once you’ve done so, you can download the releases through iTunes or through Software Update on your device. If you’ve already enrolled an iOS device, you’ll find the update in Software Update or iTunes.

Drop your experiences with this update in the comments below.