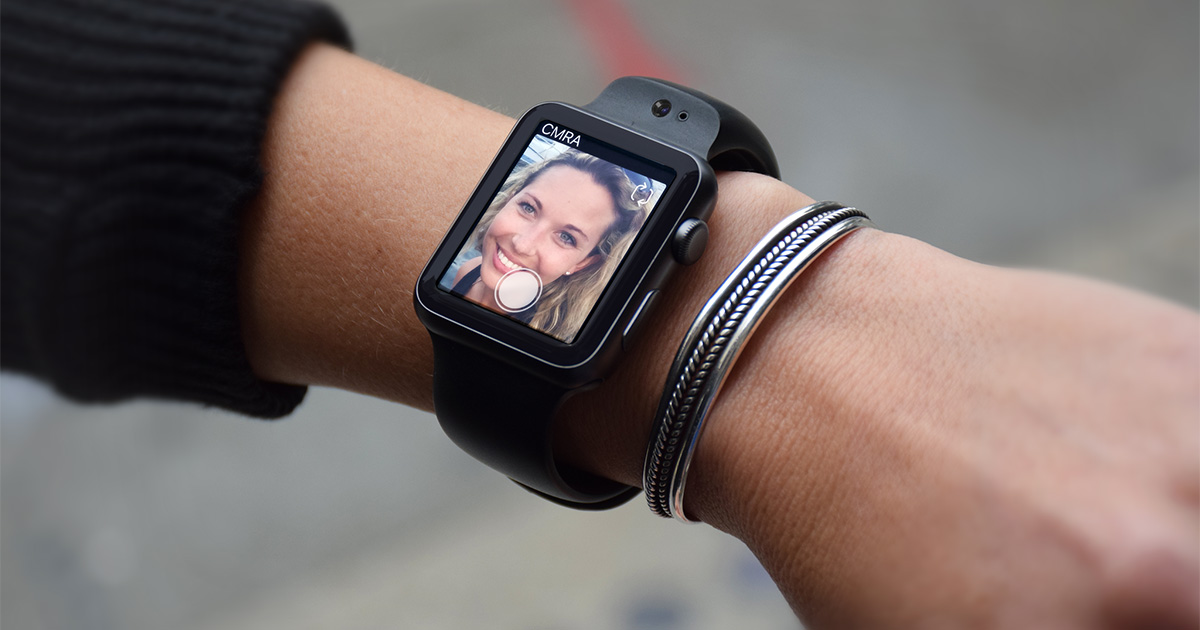 Remember Samsung’s watchband camera tumor on the Galaxy Gear smartwatch? The idea was interesting but the execution fell flat—a mistake Glide doesn’t plan on making with its CMRA watchband camera for the Apple Watch. The CRMA goes a step further, too, by including a second FaceTime-style camera.

The CMRA’s sports an 8 megapixel camera on the band and a 2 megapixel selfie camera sitting just above the watch face. Your Apple Watch works as the camera’s screen when you’re snapping photos from your wrist.

Glide built a rechargeable battery into the band for the cameras, and their charging stand can juice up your Apple Watch, too. If you’ll be away from wall outlets for a day or so, the stand doubles as a portable charger.

Since Apple Watch battery life is a little limited, the CMRA has 8GB of storage built into the band. You can also snap photos when your Apple Watch is dead as long as you don’t mind not having a view finder.

The catch is that CMRA isn’t shipping yet, but you can pre-order for US$149. The pre-order price will go up to $199, and the band will cost $249 retail. Pre-orders can also choose a grey band in addition to the blue, white, and black colors.