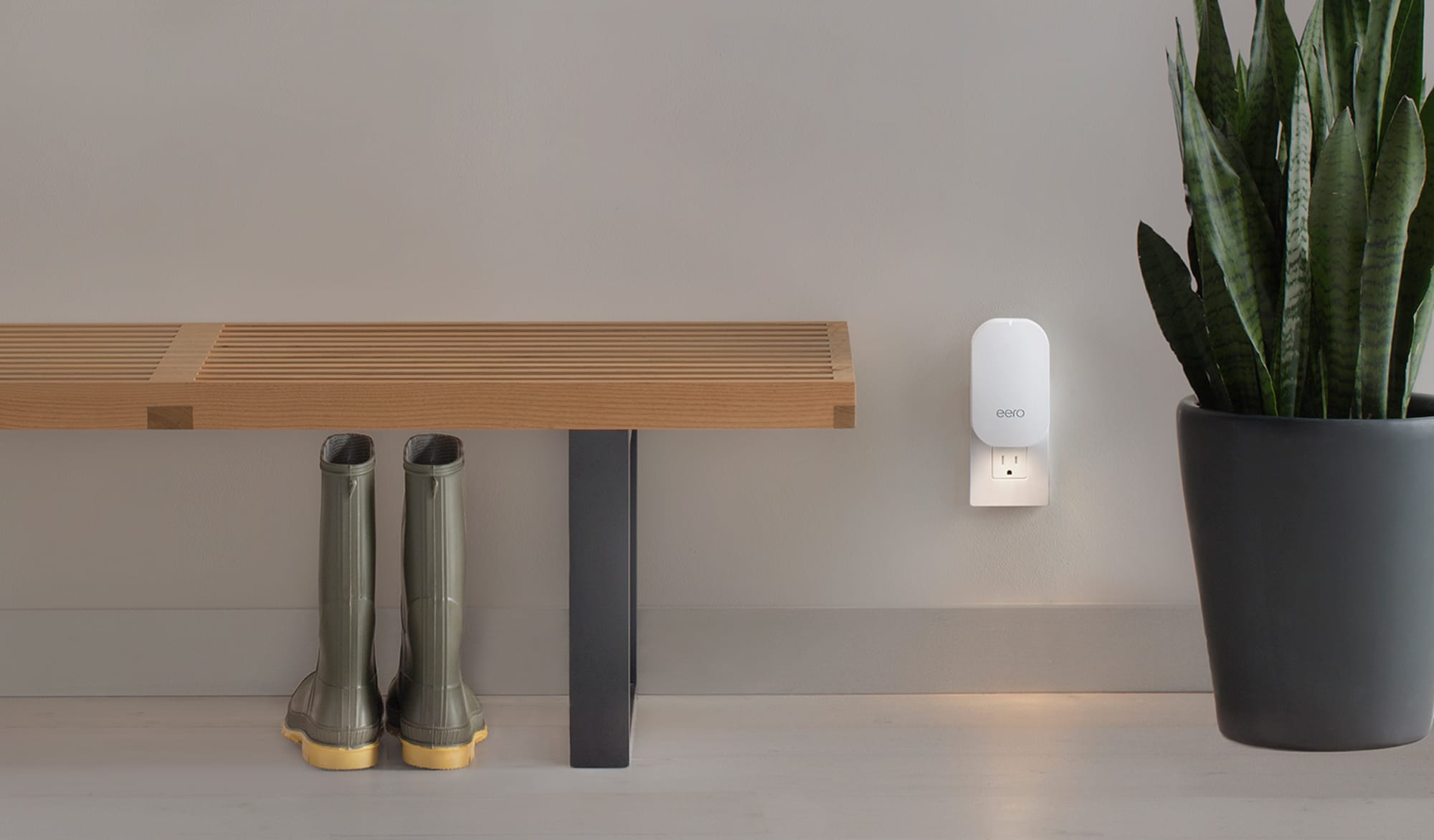 The second generation eero hardware looks the same as the first generation, but packs a third radio into it, allowing for increased range and throughput for your entire wireless network. The three 2×2 radios are intelligently assigned to your network, utilized for front-haul (to your computers, smartphones, and other client devices) and back-haul (between eeros) communications. eero’s own tests report double the range and bandwidth of the original eero hardware. We’ll dig into that, too, and report back once we can. Individual second gen eero units are available for US$199.00.

eero Beacon is an entirely new device with a much smaller form-factor, built to plug directly into a wall outlet. The Beacon has two 2×2 radios in it, similar to the first gen eero, but due to newer technology its able to outperform the original eero by a reported 30%. Individual eero Beacon units are available for $149.00.

All hardware – first gen, second gen, and Beacon – can be mixed and matched with each other to build whatever network you like. Both the second gen and Beacon also support Thread radio, meaning you could add a Beacon to your existing eero network and get enhanced coverage and Thread support.

eero processes 10 billion network “events” per day, and anonymously analyzes that data for things like performance, client compatibility, heat, and more. With that, they’re in a perfect position – as are many router manufacturers – to be the ones to know when things on the network go awry. Botnet attacks from from inside your house in most cases, and with all of its learning eero can spot atypical behavior for many IoT devices out there.

It’s with this that eero is launching eero Plus, a subscription-based service that includes advanced security, detailed parental controls, as well as VIP support. The company says more features are likely to be added to eero Plus over time. A subscription costs $9.99/month or $99/year. eero is fully-functional without the subscription, and eero Plus is an optional add-on.

eero 2nd gen and Beacon hardware is available for pre-order today stereo.com, Amazon.com, and BestBuy.com and will ship in a few weeks. Pre-orders and sales are currently only available in the US, but Canada will be added later this summer!