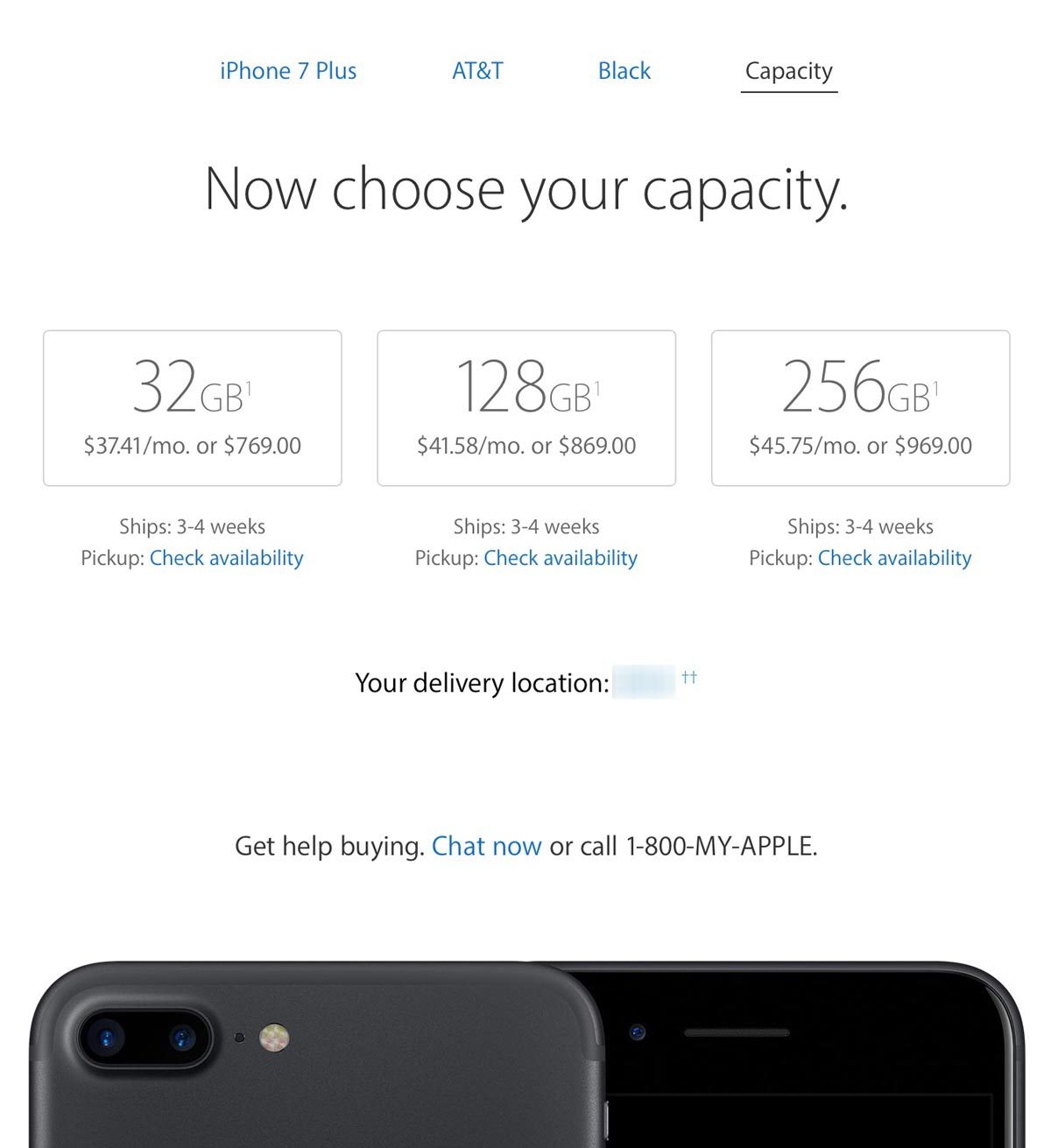 I mean, clearly it’s because demand is outpacing supply, but is that because demand is unusually high or because Apple is experiencing an unexpected bottleneck in its supply chain. It could be both, as discussed by me and John Kheit on Wednesday’s Apple Context Machine.

By definition, a delay in availability means demand for a product is higher than a company’s ability to produce it. Once upon a time, this was a chronic issue for Apple, with long waits the norm for new iPhone launches.

Apple CEO Tim Cook and his operations team have largely licked this, however, and a month long delay two months into an iPhone launch is unusual.

In that delays are consistent in every configuration for iPhone 7 Plus, but are not so for iPhone 7*, it’s likely some component specific to iPhone 7 Plus is to blame. My money would be on the camera/lens apparatus for the device, but that’s just a guess.

But, that doesn’t necessarily mean that Apple has fallen short of its goals for iPhone 7 Plus production. It’s entirely possible delays are due to unexpected demand that pushed the above-mentioned weak point in the supply chain.

To that end, we might have Samsung’s exploding Galaxy Note 7 problem to blame. Or, people could be that enamored with the dual lenses and depth-of-field options on iPhone 7 Plus. Or maybe it’s a combination of the two.

The significance is the difference between Apple not being able to meet expected demand and Apple needing time to scale production for increased demand. With that in mind, shipping delays for iPhone 7 Plus are probably a good thing for Apple’s overall iPhone shipments. Time will tell.

*Jet Black iPhone 7 models are showing 2-week availability, but most other configurations are available now or for 2-days.

It’s worth noting that at Apple’s quarterly earnings call on Oct 25, Gene Munster asked Tim about supply. They stated that they expected iPhone 7 to meet demand by end of year. iPhone 7 Plus they were not so sure. So this looks like it’s going to last into January.