Apple released macOS Sierra 10.12.2 on Tuesday with a fix for the video artifacting issue many Touch Bar MacBook Pro users have been experiencing. The update also ensures System Integrity Protection is enabled on the new laptop model, and improves Auto Unlock reliability, too. 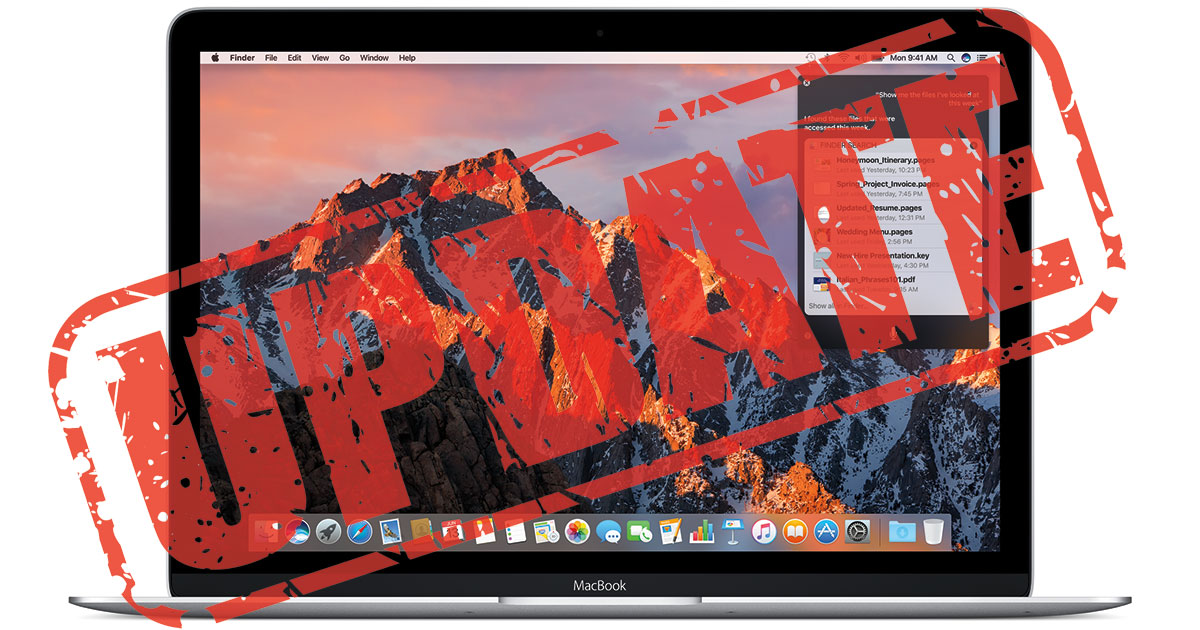 One subtle change we noticed is that the tike estimate is now gone from the Battery menu bar widget, but still shows the percentage of battery remaining. Apple most likely made the change because users were taking the time estimate as gospel, and if their laptop conked out earlier they assumed there was a battery problem.

The update also includes iTunes 12.5.4, which includes support for the new TV app on the iPhone, iPad, and Apple TV.

The macOS Sierra 10.12.2 update is a free download available through the Software Update app.