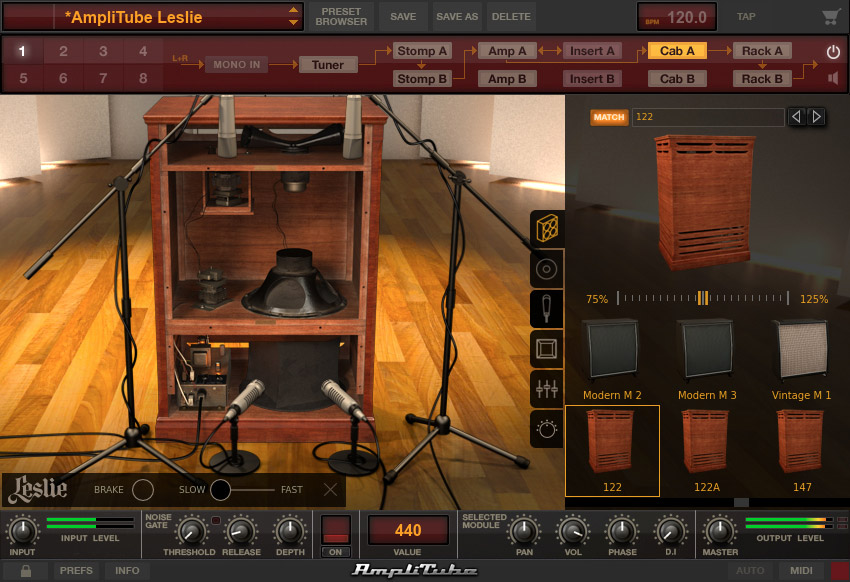 Leslie makes the spinning speaker that was an integral part of the legendary Hammond B3 sound. Playing a guitar through a Leslie can also be amazeballs, and Joe Mitch the leader of my old band (The Atomic Love Bombs) did some really fun stuff with one.

There are a few “rotary” effects and models for Logic, Pro Tools, and other DAWs, but none ever did it for  me. IK Multimedia’s new model—which was done with the help of both Hammond and Suzuki—seems like it might be the real deal. Check out IK Multimedia’s promo video:


Because it’s AmpliTube—a great amp and effects modeling suite—everything can be adjusted and fiddled with, including mics, mic placement, the room, and the amp configurations.

Leslie for AmpliTube and T-RackS