The first report I saw was on January 24th in the Blu-ray forum. A developer installed the first beta of tvOS 11.3 and posted this photo. 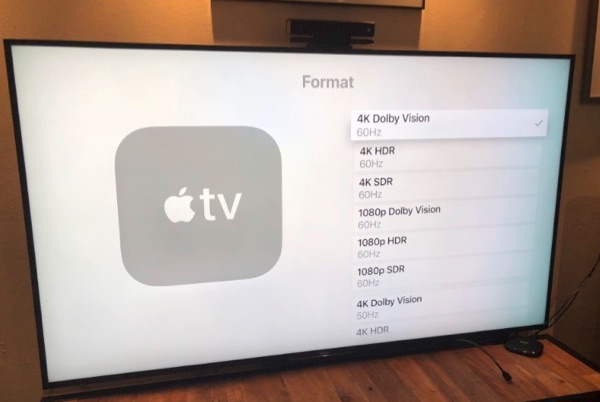 Where it All Began

The fuss about all this started on January 17th when Sony rolled out a software update for its 4K/UHD TVs that can support Dolby Vision (DV). (That’s models: Z9D, A1E, X930E and X940E.) However, early reports from various device users revealed that there was still no DV available over HDMI. I covered this on January 19th:

It turned out that DV capable devices would themselves also require an update of their DV profile. Sony released a statement that said, in part:

Apparently this is exactly what Apple has done in the tvOS 11.3 beta. And so when the Apple TV 4K connects to one of these [updated] Sony TVs, the Apple TV video settings confirm the proper connectivity. [See the photo above.]

For those who want to learn more, Apple has posted an excellent summary. “About 4K, HDR, and Dolby Vision on your Apple TV 4K.” This tech note is a virtual checklist to make sure you have everything set up correctly.

I have asked Apple for confirmation, but have not received a response. But the community reports suggest we are on our way to a proper fix.

When the public beta of tvOS 11.3 is released, anyone can experiment.  [You can follow this procedure, but for the 11.3 public beta when available.] For those who don’t want to do that, the remaining question is when Apple will release the final version of tvOS 11.3.