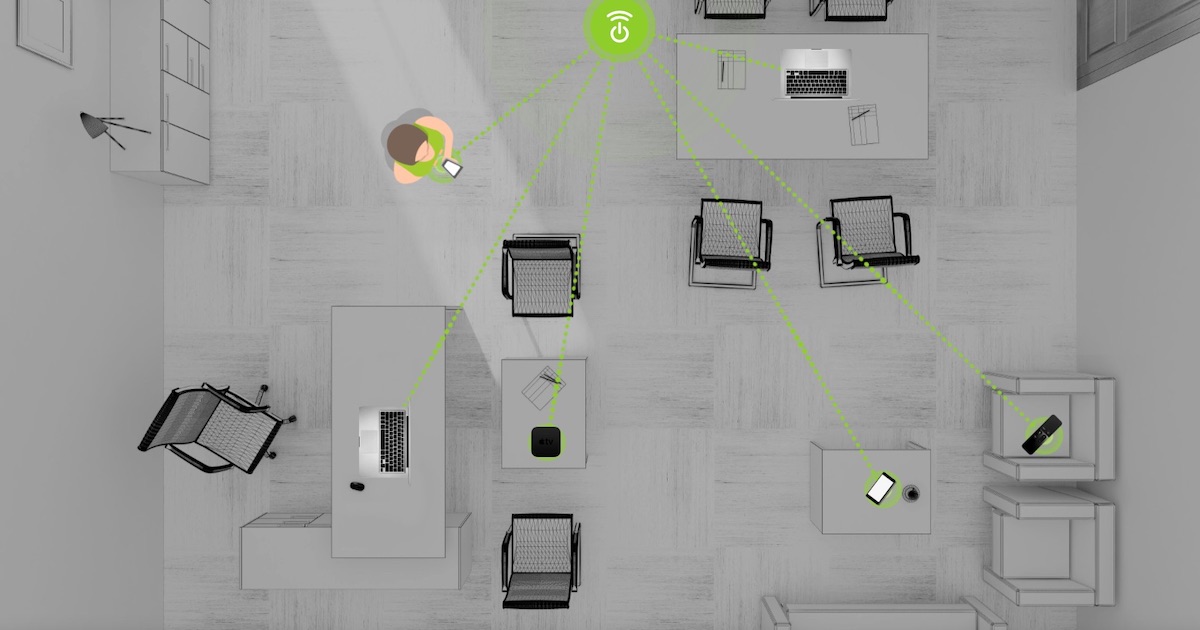 We often chuckle at the term “wireless charging,” because it isn’t truly wireless. While you may not need to plug anything into your iPhone or AirPods case, you do still need a power cord for your charging device. Ossia, recently named a CES 2022 Innovations Awards honoree, will be changing that soon.

Ossia has developed the Cota Power Table, an innovative piece of furniture that both receives and delivers power completely wirelessly. It relies on patented technology called Cota Real Wireless Power, which delivers power over-the-air, at a distance, and without the need for line-of-sight.

Cota Real Wireless Power uses technology very similar to Wi-Fi and Bluetooth. The Cota Power Receiver sends a beacon signal to find a transmitter. That transmitter, hidden in a ceiling tile, sends power back over the same path. This happens 100 times per second, allowing the system to send power safely to devices at a distance while in motion.

Each Cota Power Table has a receiver and four Qi pads hidden beneath the table’s surface. This allows four guests to charge up to two devices each. The Cota transmitter is installed in the ceiling above, and intelligently transmits RF signals to avoid obstacles that might be negatively affected by the transmission. That means that as a person moves through the room, the Cota transmitter adjusts the direction of its beams. It bounces the signals off walls when necessary, to avoid hitting the person with the transmission.

Where Can I Find a Cota Power Table?

Ossia’s first market will be quick-service restaurants, coffee shops, airports, and other hospitality businesses. The Cota Power Table will allow these businesses to provide Qi charging pads to their customers, without the need for electrical outlets. The key to the technology is an RF transmitter disguised as a ceiling tile.

Ossia doesn’t manufacture the furniture itself. Instead, it licenses the technology and sells the power components to other companies. Adoption will definitely depend on interest and cooperation, but Ossia hopes to revolutionize wireless charging. The company wants to see its product expand to homes, automobiles, and even entire smart cities.