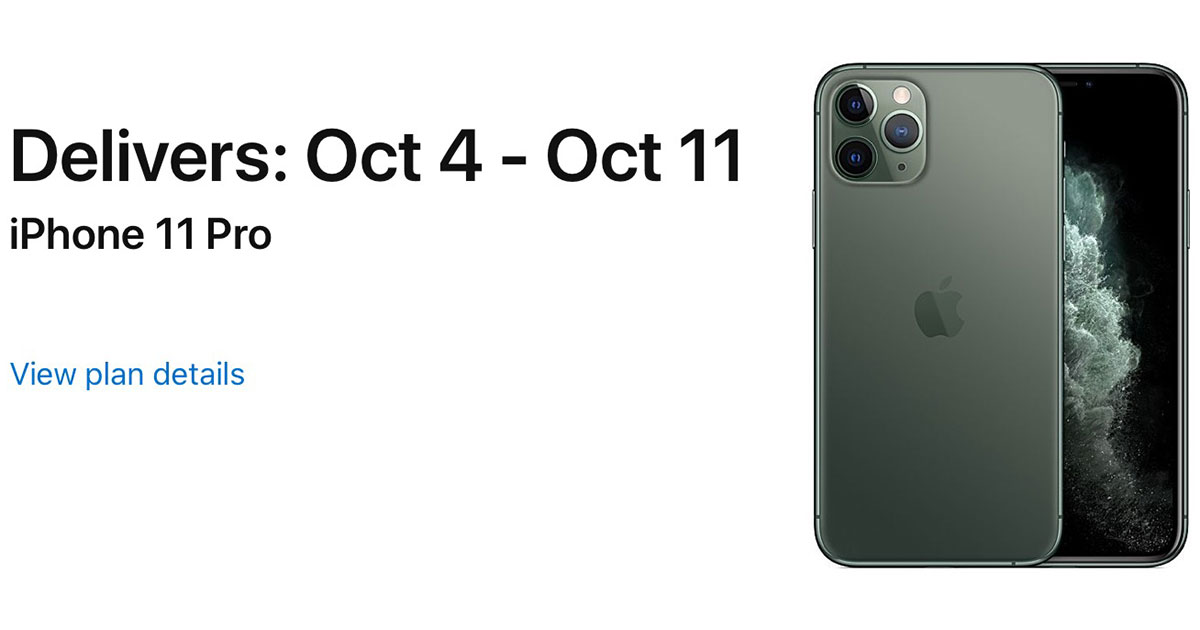 Apple’s iPhone 11 Pro delivery estimates slipped to October within minutes of the device opening to preorders. As of this writing (5:18 AM PDT), orders for 256GB iPhone 11 Pro Space Gray models was showing between October 4th and October 11th. Apple’s “midnight green” iPhone 11 Pro 256GB also slipped to early October, as shown in the screenshot below.

Other models, such as the Gold 256GB model, still showed September 20th. The Black iPhone 11 256GB model was also still showing September 20th delivery. All models checked were AT&T. Apple’s site was experiencing none of the draggy performance we’ve seen with prior iPhone launches.

While this intrepid iPhone orderer will be seen sulking until the early confines of October, our own Dave Hamilton got his order in via the Apple Store app, and will receive his device on September 20th. Lucky git.