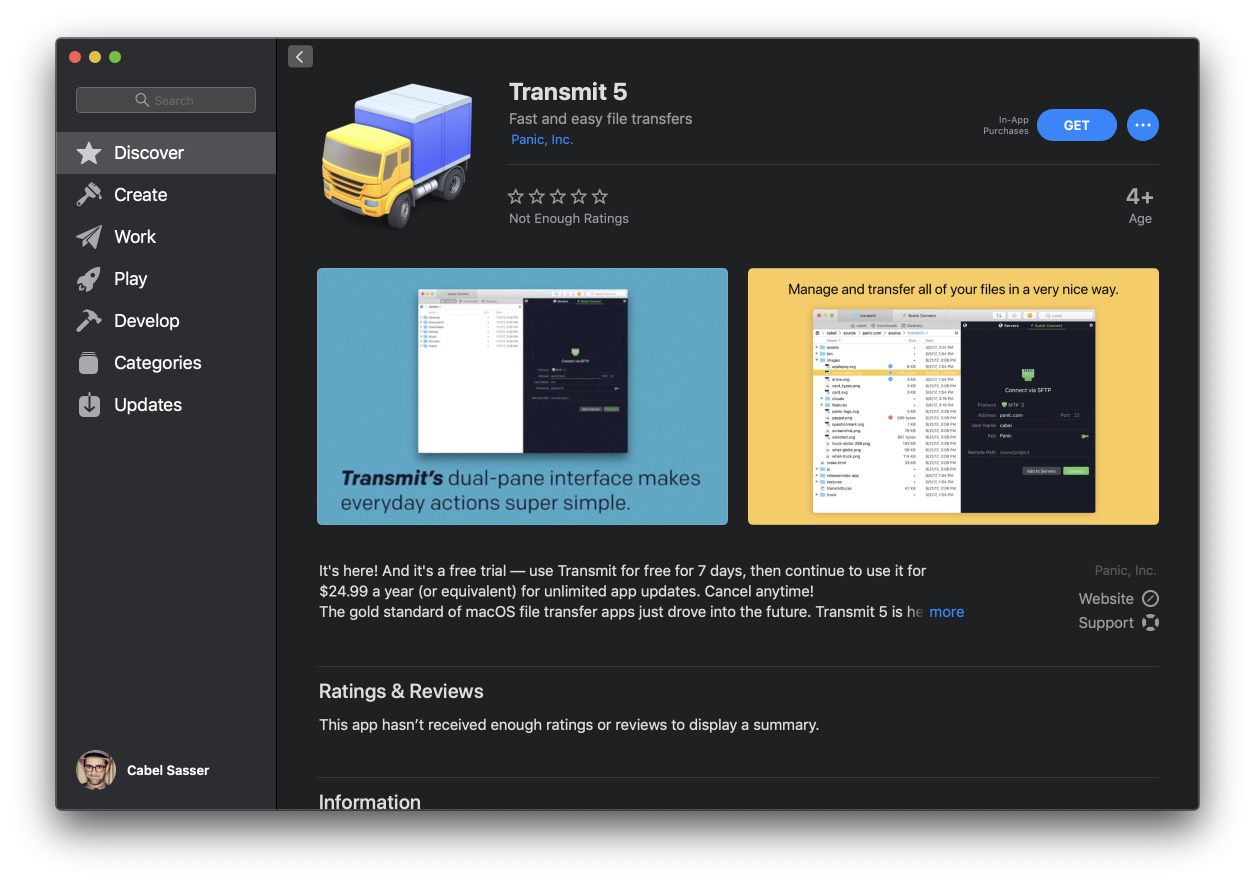 At WWDC in June, one of the announcements was about how the Mac App Store was getting a revamp. This new version would operate much more like the iTunes App Store, and part of that announcement was that some apps of note would show up in that shiny new store, including text editor BBEdit and the FTP app Transmit, from Panic Software. As of today, Transmit is now available in the Mac App Store.

macOS Mojave gave us a significantly improved App Store that caters to professionals like yourself and seems to treat apps with respect. And sandboxing has evolved enough that Transmit can be near feature-parity with its non-sandboxed cousin.

However, the Mac App Store version does include a couple of notable changes: First, the Mac App Store version is subscription software, which will cost $24.99 per year. If you don’t want a subscription that’s fine, you can still buy a license for Transmit for $45 just like before. And there’s one functional difference between the two versions, the “Open in Terminal” command which isn’t possible with Sandboxing at the moment.

Also of note in the blog post is the last line of the FAQ which says “More on Coda soon!” So there’s a bit of good news if you’re also a Coda user. Sadly, there is no mention of the iOS version of Transmit making a comeback, but maybe if the subscription proves viable, one of the features could be access to an iOS version.