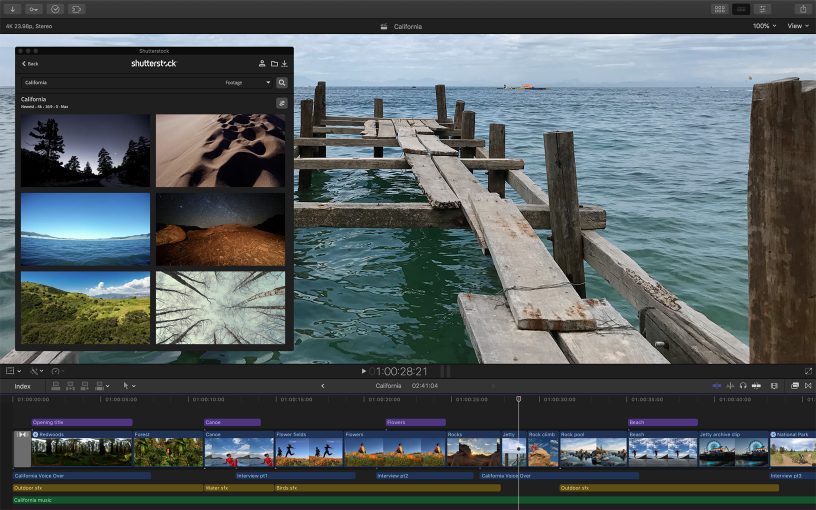 Apple announced Thursday that the latest version of Final Cut Pro supports extensions. This means third-party developers can integrate their own tools into a Final Cut workflow, so users don’t have to leave the app to use an asset manager or step through an approval process.

With the addition of extensions, certain tasks become easier. One of the highlighted extensions is from Shutterstock, allowing you to search for and purchase footage without leaving the app. There are extensions for working with footage that includes a blue or green screen, extensions for audio processing, and a few to help with color correction on your way to a finished project.

According to Apple, there are some extensions available now and more will become available on an ongoing basis. This will continue to add functionality to Final Cut Pro, allowing for a wider variety of workflows and tighter integration with other apps so using Final Cut Pro can be more efficient.

Other features in the latest update to Final Cut Pro include an update to Motion (the companion motion graphics sidekick to Final Cut Pro) which adds color grading tools similar to those in Final Cut, and Compressor (the encoding companion app) moves to a 64-bit engine, helping make encoding tasks more efficient. Another notable addition is SRT closed caption support.